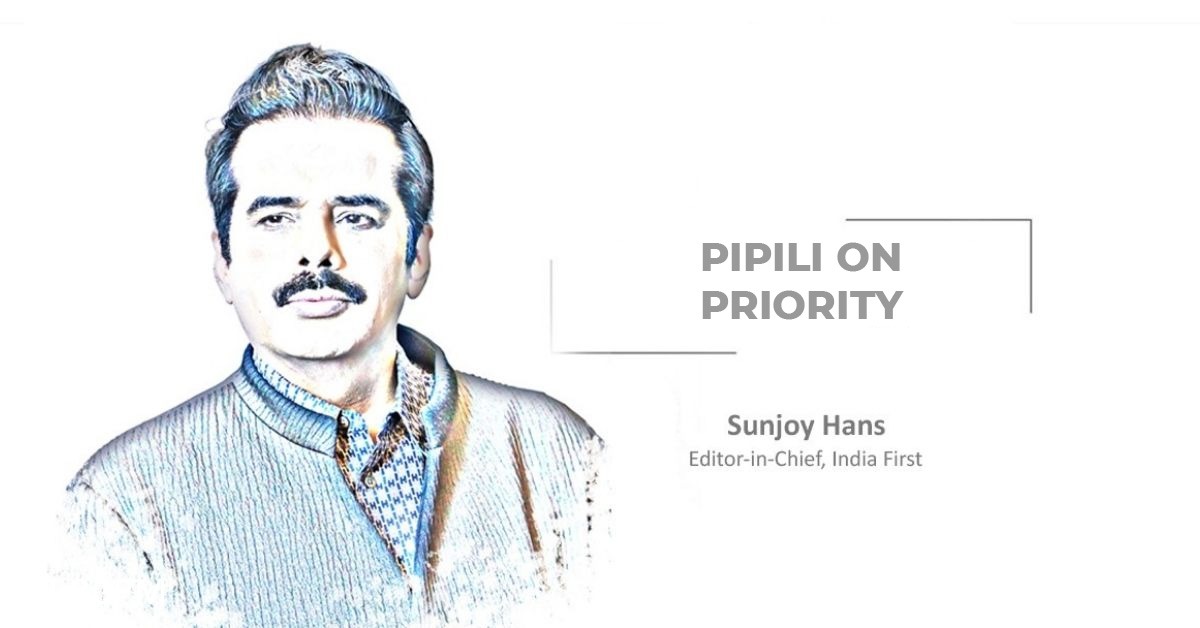 The focus is back on Pipili after the announcement of bypoll dates for the assembly constituency for the third time. The Election Commission of India (ECI) has decided that polling in the constituency, where a by-election was necessitated following the death of ruling Biju Janata Dal (BJD) veteran and former minister Pradeep Maharathy, will be held on September 30 and the counting of votes will be done on October 3.

This bypoll has attracted attention for a variety of reasons, not the least of them being a series of postponements that have rarely happened anywhere else in the state in the past. The bye-election in Pipili was initially scheduled for April 17 but had to be countermanded following the death of Congress candidate Ajit Mangaraj on April 14 due to Covid-19.

The next polling date was fixed on May 13, but it had to be rescheduled to May 16 in view of Eid-ul-Fitr, a festival of Muslims. Then the bypoll was deferred once again in view of the second wave of Covid-19. But repeated deferments notwithstanding, the focus now will be on the stakes of the major political parties in the fray. There will be no fresh nominations as this process has already been completed.

While the BJD has fielded Maharathy’s son Rudrapratap Maharathy in an obvious bid to take advantage of the sympathy factor, BJP candidate Ashrit Pattnayak is a known face in the area having contested the last election unsuccessfully. The Congress has nominated Bishwokeshan Harichandan Mohapatra for the seat and will be hoping for a change in its fortunes.

Though the announcement of poll dates has galvanized all the parties, which will soon be finalizing their campaign strategies, the ruling BJD should have little problem retaining the seat. While the sympathy factor is likely to work in its favour, as Maharathy had nurtured the constituency for several decades, the party will rely heavily on the ever-soaring popularity of Chief Minister Naveen Patnaik.

A few months ago, the Chief Minister had announced projects worth Rs.68 crore for the development of Pipili-Delang area in a widely appreciated move. The package reassured the people of the constituency that the government cared for them irrespective of who represented them in the state assembly. Patnaik’s popularity in the area is at its peak because of the developmental drive his government has unleashed across the state.

As it is, the Chief Minister has turned the BJD into a formidable force with an unparalleled electoral record. Under his leadership, the party had not only won five back-to-back assembly elections in the state but also done exceedingly well in the Lok Sabha polls. It has also registered a string of victories in bye-elections. Last year, the BJD recorded thumping victories in the assembly by-polls held in Balasore Sadar and Tirtol. The victory in Balasore Sadar was particularly significant as the party snatched the seat away from the BJP. Given this backdrop, a BJD victory in Pipili seems to be a foregone conclusion, but the Chief Minister would want it to be as comprehensive as possible, with a margin to remember.