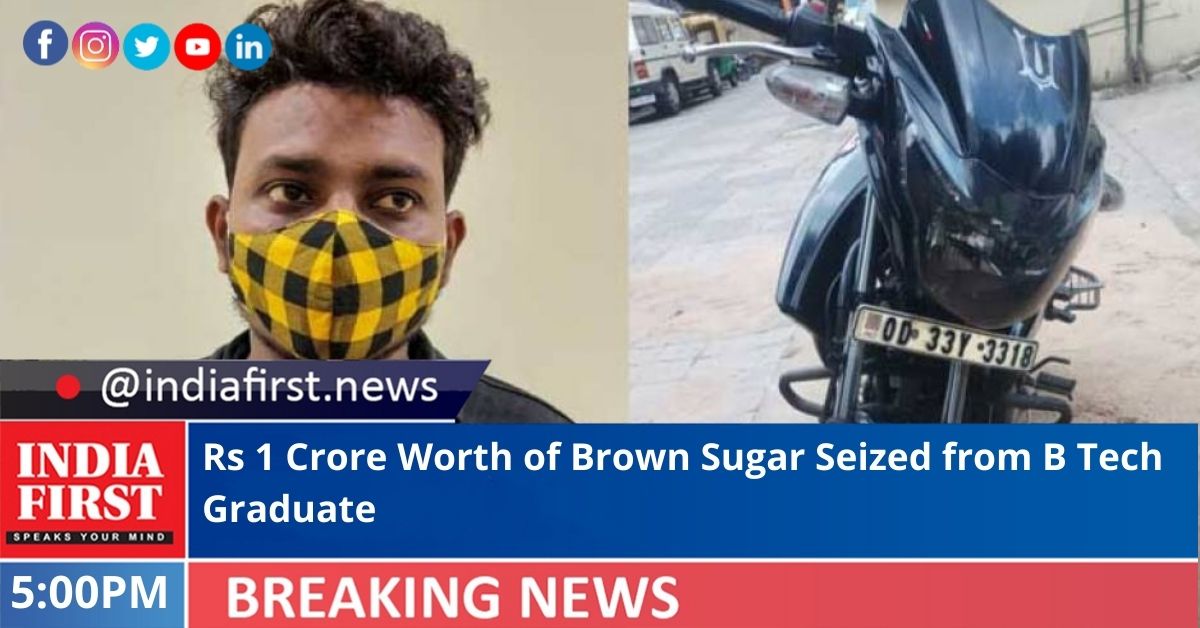 The Odisha police has seized brown sugar worth Rs 1 crore from a graduate engineer during a raid in Khurda district.

On the basis of intelligence input, a team of special task force (STF) of Odisha police conducted a raid near Kumabasta petrol pump, Khordha, and seized brown sugar weighing 1,034 gram, the police said in a statement yesterday.

The accused has been identified as Manoranjan Das of Khordha district. The accused person was arrested and will be forwarded to the court of additional district & sessions judge, Khordha, the police said.