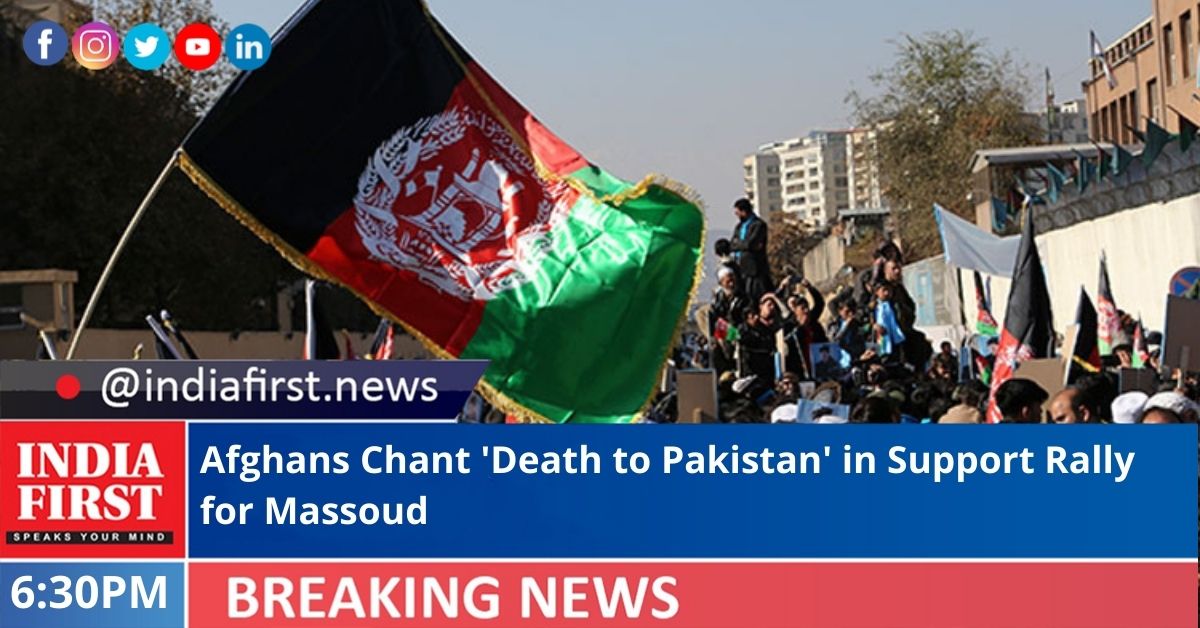 Hundreds of Afghans took to the streets in the capital Kabul and Mazar-i-Sharif city to protest against the Taliban rule and in support of the resistance movement led by Ahmad Massoud, Al Arabiya reported.

The report said earlier the Taliban had announced it had captured Panjshir province, the last stronghold of the anti-Taliban movement, the National Resistance Front (NRF), which mobilised under the leadership of Ahmad Massoud, the son of slain hero of the anti-Soviet resistance Ahmad Shah Massoud.

After which, Ahmad Massoud released an audio message in which he called for a “national uprising”.

“We request other brothers and sisters, wherever you are and with whatever means you are capable, to rise up and resist against the imposition of a servile and subjugated future in Afghanistan,” he said.

In his audio message, Ahmad Massoud accused the Taliban of using “foreign mercenaries”, without naming a specific country.

The chants by the protesters also included “death to Pakistan”.

The US has long accused Pakistan of supporting the Taliban; a charge Islamabad denies, Al Arabiya reported.

It was not clear what his agenda was, but a senior official in Pakistan said earlier in the week that Hameed, who heads the powerful Inter-Services Intelligence (ISI) agency, could help the Taliban re-organise the Afghan military.

Regional media reports, citing anonymous sources, said that Pakistan provided air support for the Taliban in their strikes against the resistance fighters in Panjshir.