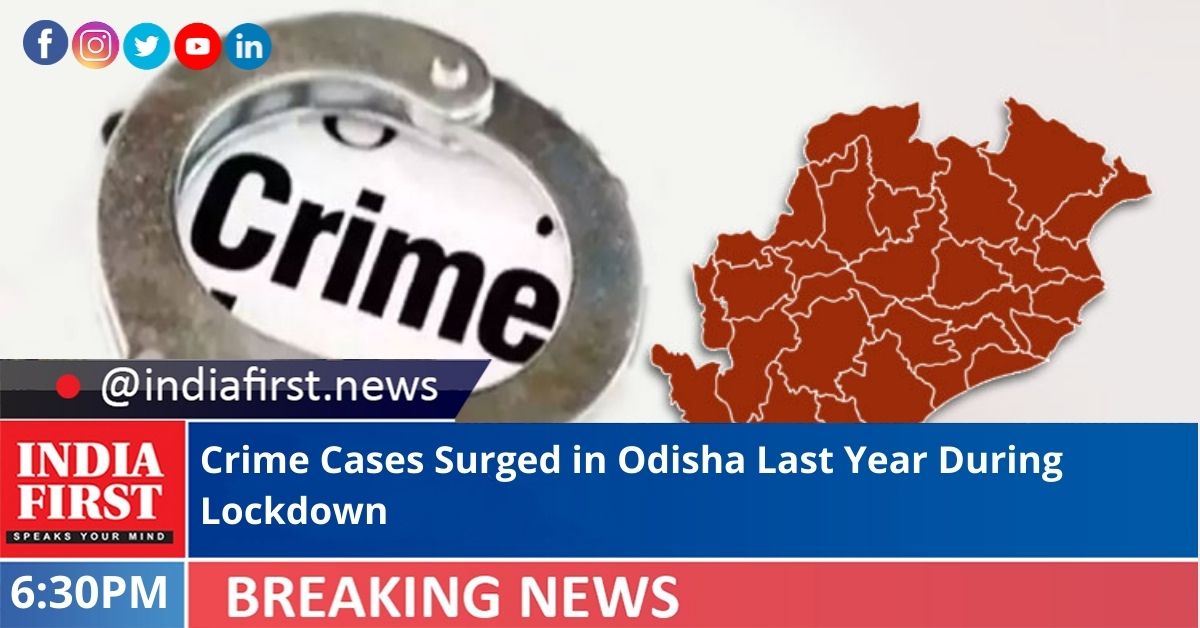 Despite lockdown imposed in view of Covid-19 infection, Odisha witnessed an increase of 12,705 crime cases in 2020 as compared to 2019, said the Odisha Home Minister in state Assembly yesterday.

In a written reply before the Assembly, Minister Dibya Shankar Mishra said 1,34,230 criminal cases have been registered in various police stations across Odisha during 2020 as compared to 1,21,525 cases in 2019. It means the crime cases have increased by 10.45 per cent in the state during 2020.

As per Mishra’s reply, the highest cases at 7,858 were registered in Ganjam district while 1,235 cases in the Deogarh district during 2020. The Odisha Crime Branch has registered 149 cased in 2020 whereas 474 and 255 cases were registered by railway Cuttack and railway Rourkela police wings in the same year, respectively.

Similarly, 13,297 cases were registered by the Bhubaneswar-Cuttack Police Commissionerate in 2020, which is a jump of 272 cases in comparison to the cases lodged in 2019.

The state government is giving priority to women, children, poor and weaker sections society in providing police service, he added.

Mishra further said 11,456 posts are lying vacant in the Odisha police department, of which 3 are IG posts, 13 DIG, 15 SP and 16 Additional SP posts.

During the Question Hour in the Assembly, MLAs across party lines have raised questions related to setting up of new police stations, outposts and police beat houses in their respective areas.

Participating in the discussions, Congress Legislature leader Narasingha Mishra said 60 MLAs had proposed the state government to set up 68 new police stations, 103 police outposts and upgrade three police stations. Although, the Speaker had given a ruling on this, the ruling Biju Janata Dal government is yet to take any steps, he added.

After listening to questions from the Assembly members, Speaker SN Patro has directed the Odisha MoS Home to hold a meeting with DGP, DIG Crime Branch and the Home Secretary officials on the issue and release a statement.