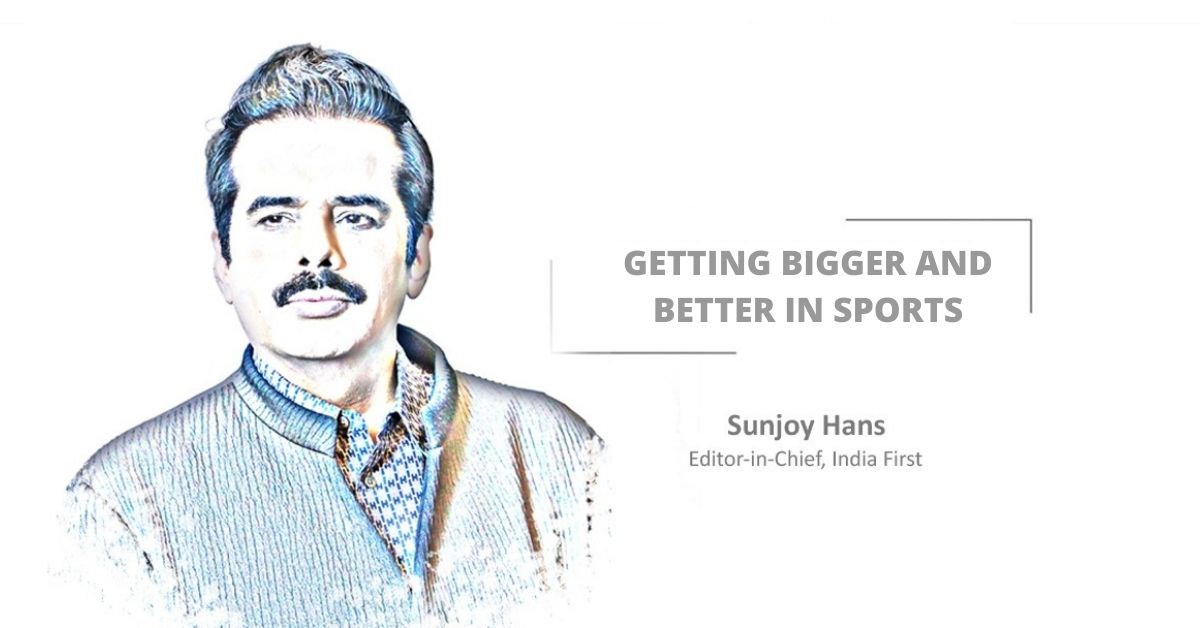 The gold-winning feat of badminton star Pramod Bhagat at the Tokyo Paralympics has once again brought Odisha into focus as the emerging sports capital of India. Bhagat, a native of Bargarh in western Odisha, has profusely thanked Chief Minister Naveen Patnaik for supporting sports and sportspersons of the state.

There are no two opinions about Odisha’s spectacular rise in the field of sports over the past decade, with the government not only enhancing the sports budget but also upgrading sports infrastructure and patronizing sportspersons by providing them required facilities and even jobs. Although the main emphasis so far has been on hockey, other sports and games have not been neglected. Hockey found favour chiefly because the state’s tribal belt, especially Sundergarh district, has been its nursery for a long time – but the Chief Minister has taken care to encourage athletics and other sports as well.

In 2017, the 22nd Asian Athletics Championships was held successfully in Bhubaneswar. Originally, it was the Jharkhand government that was supposed to host the mega sporting event, but it backed out at the last moment. The Naveen Patnaik government took up the challenge sportingly and got the state capital ready for the event within a span of just 90 days. Odisha earned much praise from various quarters for making the event successful.

With the Chief Minister strongly believing that “investment in sports is an investment in the youth”, the state government has substantially increased its funding for sports. The allocation for sports went up from nearly Rs 100 crore in 2016-17 to Rs 301 crore in 2020-21 – and this year (2021-22), it has been enhanced to Rs 400 crore. Apart from the budgetary allocation, funds from other departments and agencies are also being used for developing quality sports infrastructure in the state.

There was a time when Odisha was known in the sporting arena only for a handful of athletes. In terms of infrastructure, it was known to the outside world only for the Barabati Stadium in Cuttack which was mainly a venue for cricket matches. That image of the state has undergone a sea change. Odisha now not only boasts international athletes such as sprinter Dutee Chand but also world-class hockey players such as Amit Rohidas and Birendra Lakra, who did the country proud at the recently concluded Tokyo Olympics by helping the Indian hockey team win a bronze medal after a gap of 41 years. Besides, two Odia women hockey players were part of the women’s team that reached the semi-finals of Olympic hockey for the first time. And now, of course, Pramod Bhagat has brought more glory to the state.

In terms of facilities, the Kalinga Stadium in Bhubaneswar these days is as much talked about as Cuttack’s Barabati Stadium. It has been hailed as one of the best hockey venues in the world and will be hosting the Men’s Hockey World Cup once again in 2023. Some of the matches for this tournament will also be played at the upcoming Birsa Munda Stadium in Rourkela, which will be the largest hockey ground in the country.

The state has also hosted national and international events in women’s football, rugby and table tennis. Keen on strengthening Odisha’s sports infrastructure, the state Cabinet recently approved the construction of 89 multipurpose indoor stadiums at a cost of Rs 693.35 crore. These stadiums will have facilities for games such as badminton and table tennis, apart from yoga and gymnasiums. Odisha has well and truly arrived as the latest sports hub of the nation.