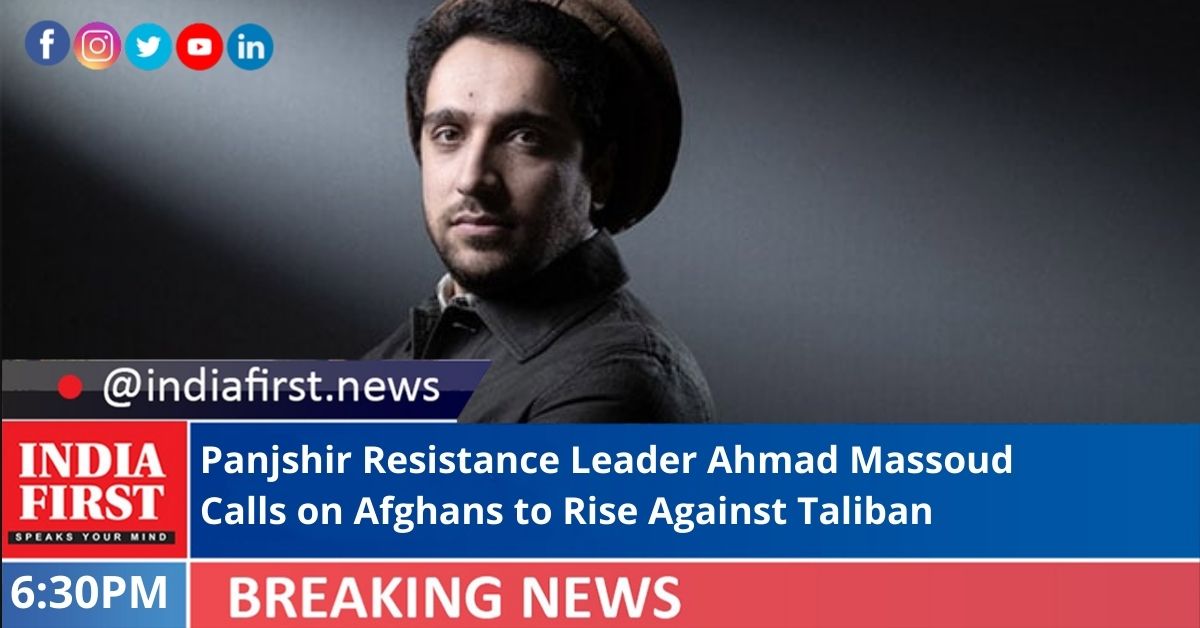 One of the leaders of the resistance forces in Panjshir province, Ahmad Massoud, has called on the people of Afghanistan to resurrect against the Taliban.

Massoud said that people from all the classes should get together and stand for their country against the Taliban, Khaama News reported.

Masoud aired his voice clip from an unknown place, hours after Taliban spokesperson Zabiullah Mujahid said that there are unconfirmed reports that Amrullah Saleh had fled Panjshir.

There were reports about the escape of Massoud and Saleh to Tajikistan.

Mujahid, speaking at a press conference, said that Panjshir province has been fully captured and added that those who have fled can still join the Islamic Emirate of Afghanistan.

Masoud in his voice clip though did not say anything about the capture of Panjshir province directly, added that their forces are present in the province and Andarab.

“National resistance force is for entire Afghanistan. We welcomed the call for a ceasefire by religious scholars in Kabul but the Taliban did not agree and launched attacks on the forces,” Massoud said.

He claimed that the Taliban’s last night’s attacks were backed by foreign forces and added that a new spokesperson of the resistance forces will be announced soon.