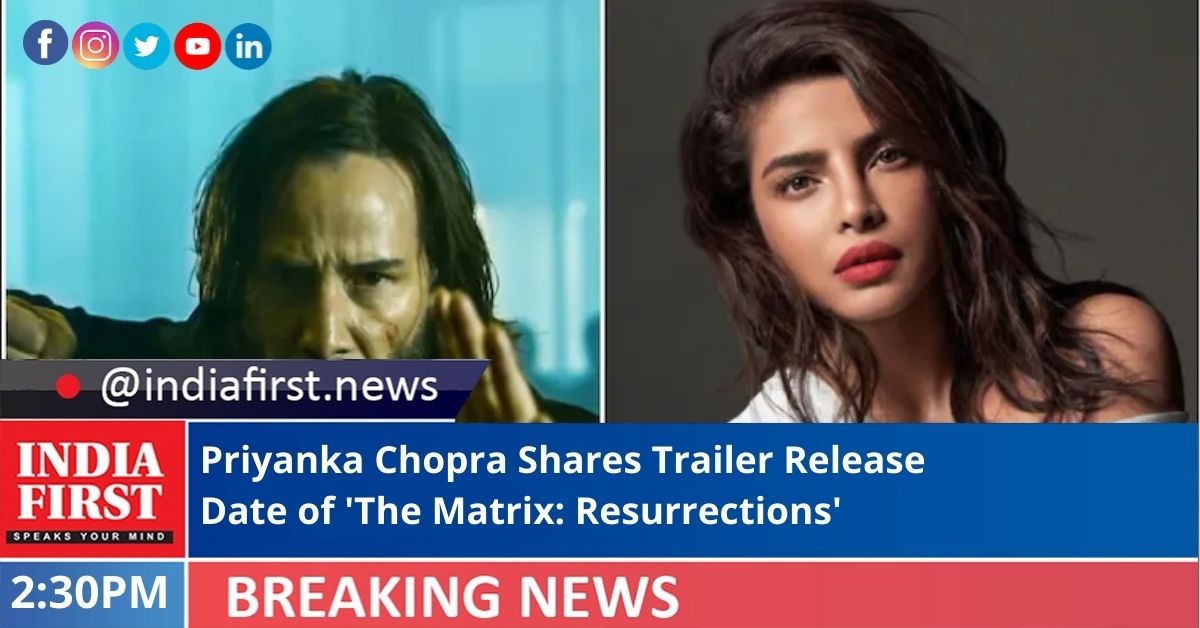 Indian actress Priyanka Chopra Jonas has announced that the trailer of her upcoming Hollywood film ‘The Matrix: Resurrections’ will drop tomorrow.

Priyanka took to Instagram to announce the release date of ‘Matrix 4’.

The caption of the post read, “Yep! it’s almost time to take that pill… Trailer Thursday at 6 AM PT (6: 30pm IST) Go ahead and click the link in my bio to experience it yourself. The choice is yours! #TheMatrixMovie @thematrixmovie”

Priyanka even shared a link to a website www.whatisthematrix.com, where she asked fans to pick one from two pills – a blue and a red one. After clicking on the pills, it redirects the user to two different realities.

Clicking on the red pill, it leads to a voiceover by Yahya Abdul-Mateen II, where he is heard saying: “This is the moment for you to show us what is real but that couldn’t be further from the truth. Could be this is the first day of the rest of your life but if you want it, you gotta fight for it.”

Pressing on the blue pill, a voiceover by Neil Patrick Harris starts where he says that one is having difficulties in distinguishing reality from fiction.