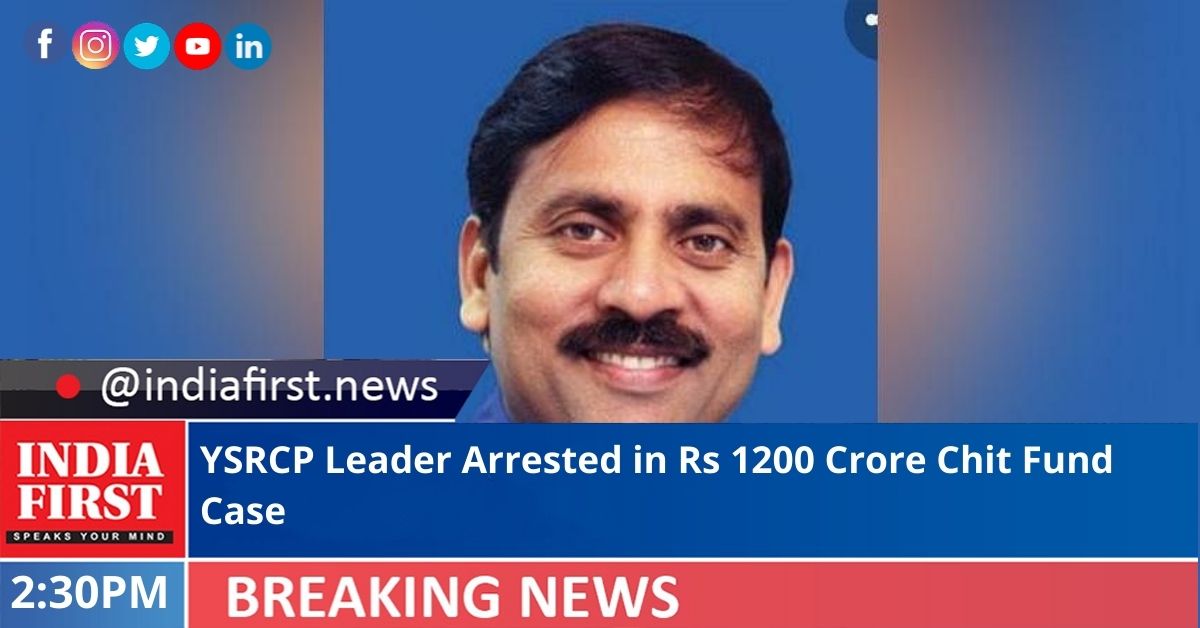 The Odisha police have arrested the chairman of the Andhra Pradesh Education and Welfare Infrastructure Development Corporation (APEWIDC), Malla Vijaya Prasad, for his alleged involvement in a chit fund scam worth Rs 1,200 crore.

As part of its investigation into the cases filed against Prasad in Odisha in 2019, the Economic Offences Wing (EOW) of Odisha crime branch arrested Prasad from his residence in Visakhapatnam on September 6.

The accused was produced before the Chief Metropolitan Magistrate in Visakhapatnam on the same day. After obtaining the magistrate’s consent, Odisha police took him to Cuttack yesterday on a transit remand.

As the managing director of the Welfare Building and Estate Limited, the former Congress legislator was charged for his alleged involvement in the chit fund scam which had affected depositors in the states of Odisha, Chhattisgarh and Telangana, apart from Andhra Pradesh.

The depositors have claimed that they were not paid on maturity of their schemes in the monthly chit fund scheme that was managed by the Welfare group.

Subsequently, a case was filed under various sections of the law in Odisha on July 17, 2019.

Previously a Congress legislator from Visakhapatnam, Prasad moved to the YSRCP but lost at the hustings in the 2019 Assembly elections. However, he was recently rewarded by the ruling YSRCP with the chairmanship of the APEWIDC.