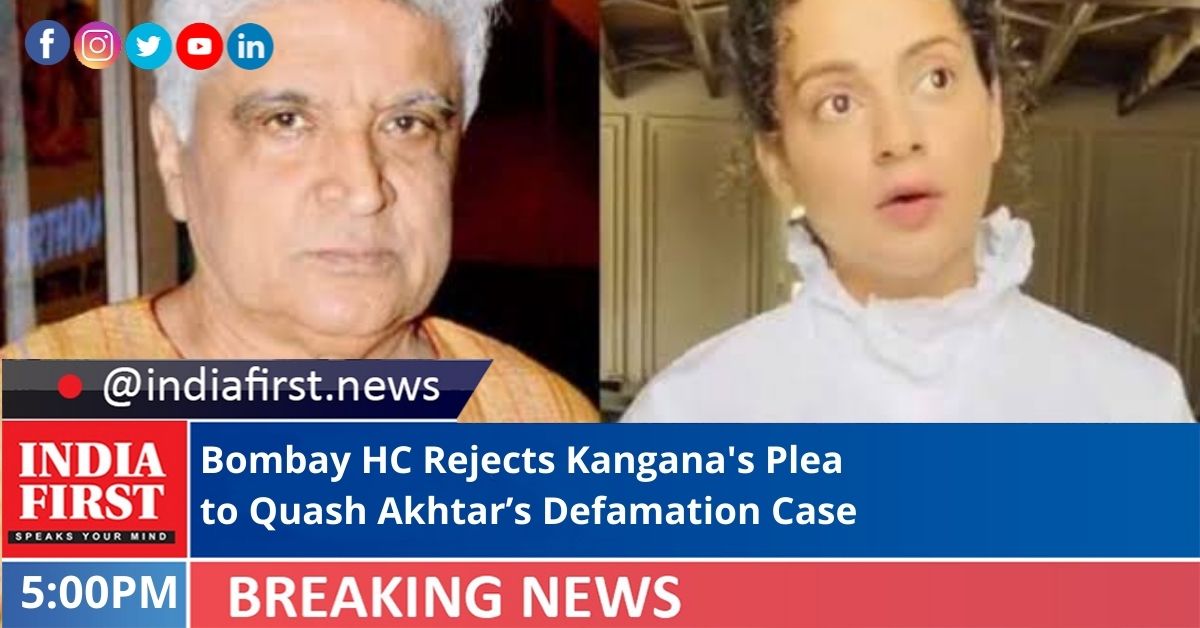 The Bombay High Court has dismissed a plea by Bollywood actress Kangana Ranaut seeking to quash the criminal defamation proceedings initiated against her before the Andheri Magistrate Court by poet-lyricist Javed Akhtar last year.

In her verdict, Justice Revati Mohite-Dere upheld the discretionary orders of the Andheri Court Magistrate, directing the police to probe into the allegations levelled by Akhtar against Ranaut, both stalwarts of the film industry.

In March this year, the Magistrate issued a bailable warrant against Ranaut who appeared before the court and was granted bail, and in July she moved the high court challenging the proceedings initiated by the lower court.

Through her lawyer Rizwan Siddique, Ranaut contended that instead of directing the Juhu Police to probe the matter, the court was duty-bound to examine Akhtar and the witnesses named in the complaint under the Criminal Procedure Code (CrPC).

Siddique argued that the Magistrate should have ascertained the veracity of the “one-sided complaint” instead of passing an order ‘mechanically’, pointing out that no evidence was brought on record by Akhtar, and the material relied upon was brought by a third party who was not examined under oath.

Seeking dismissal of Ranaut’s plea and saying it was with the sole intent to delay the matter, Akhtar’s lawyer Jay Bharadwaj said that the due procedures were followed by magistrate and to conduct an impartial probe, all persons involved were summoned but Ranaut remained absent from the proceedings.

Bharadwaj said that the Magistrate could either conduct the investigation, or direct a police officer or a third party for the same, and the Magistrate for one of these three options.