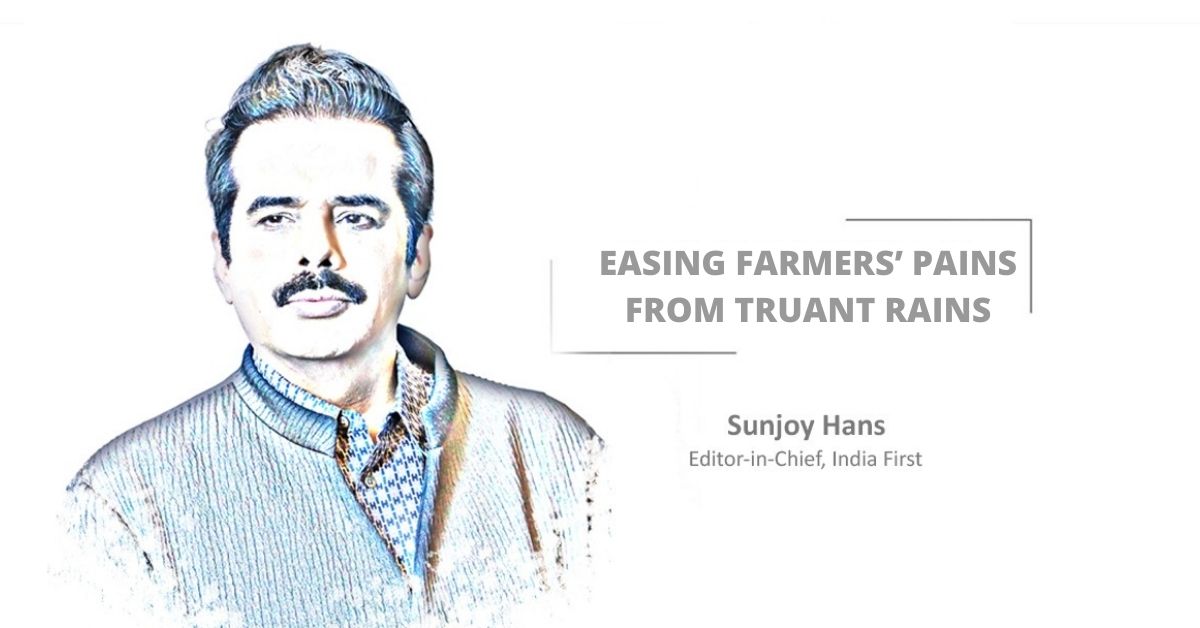 Weather pundits have gone wrong this time, plunging the farmers in Odisha into a serious crisis. With monsoon rains being severely deficient in most parts of the state between June and August, the farmers appear to be staring at the prospect of a drought. Moisture stress is threatening the transplanted paddy in several areas. Even though normal rains are predicted in September under the influence of low-pressure systems forming in the Bay of Bengal, this is unlikely to reverse or mitigate the damage already done.

Farming activities have been badly hit across the state, which received only 661.1 mm of rain between June 1 and August 31 this year against a normal of 935.8 mm, a shortfall of 29 per cent. August was particularly bad with a rainfall deficit of 44 percent.

Farmers, even in irrigated areas, are facing problems as the water level in most of the reservoirs has dipped significantly. The state is believed to have 63 big and small reservoirs with a capacity to irrigate around 4.3 million hectares of land. But with rains playing truant, the water level in most of these is low and fails to inspire confidence among the growers. In some areas of western Odisha, not only paddy but even groundnut and mung crops have suffered due to rainfall deficiency.

To make things worse, the farmers are also facing an acute shortage of fertilizers. Reports from districts suggest that with urea stocks of primary cooperative societies depleted, farmers are being forced to buy it from the open market at exorbitant rates. A bag of urea that they earlier bought from the primary cooperative societies for Rs.250 per bag is now costing them around Rs.600 in the open market.

The ruling BJD has urged the Centre to ensure the required supply of fertilizers to the state at this critical time. Some time ago, Chief Minister Naveen Patnaik had also written to Union Chemicals and Fertilisers minister Mansukh Mandaviya, requesting him to take necessary steps in this regard.

The state government, however, is trying its level best to help the farmers. It has formulated a contingency plan to tackle a possible drought, with collectors being asked to ensure uninterrupted power supply to lift irrigation points and pani panchayats being directed to hold regular meetings with the power distribution companies in their respective areas. In areas where paddy cultivation has suffered due to low rainfall, farmers will be encouraged to grow alternative crops.

There is also a move to protect the livelihood of farmers who have sustained losses. They will be provided with more labour-intensive work under schemes such as Mahatma Gandhi National Rural Employment Guarantee Scheme (MGNREGS). Blocks facing scanty rainfall have been asked to adopt alternate means of cultivation and the Odisha State Seeds Corporation directed to provide necessary seeds for the purpose. This will, hopefully, help farmers cope with a major crisis.