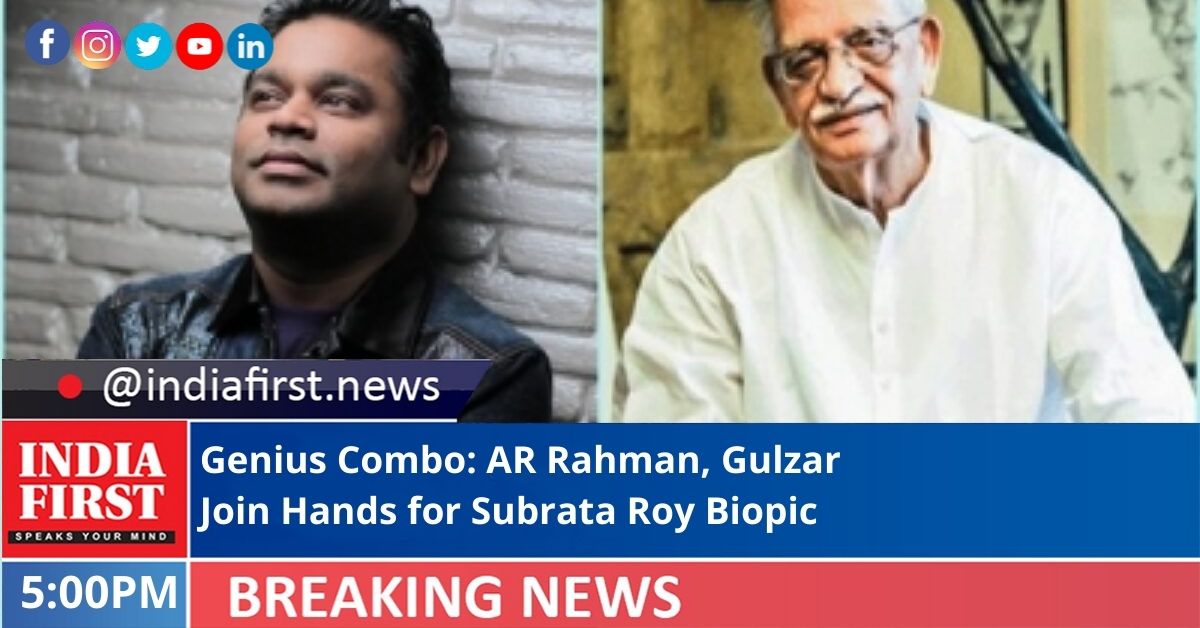 Oscar-winning composer A.R. Rahman and legendary writer-poet and filmmaker Gulzar are coming together for an upcoming project, a biopic on business tycoon Subrata Roy.

Rahman said: “Gulzar Saab’s soulful lyrics are extremely inspiring for a musician and I hope I can do justice to the lyrics and the story. I am looking forward to this collaboration.”

Gulzar added: “It will be wonderful to collaborate with Rahman again. Subrata Roy’s life is enigmatic and inspiring. Rahman is a wonderful artist and musician and I look forward to this collaboration.”

Subrata Roy is the Chairman of Sahara India Pariwar. He and his two companies were barred by the Securities and Exchange Board of India (SEBI) in 2010.

According to reports, the regulatory body made accusations against the group that they had raised several crores through optionally fully convertible debentures (OFCDs) that SEBI considered wrong. Roy was then jailed for over two years.

News of the Subrata Roy biopic came out last month when it was announced that Sandeep Ssingh had acquired the rights of the film.

The film, which is being produced by Sandeep Ssingh, is reported to be one that will span several continents and traverse the tycoon’s journey over the decades. The title and cast of the biopic is expected to be announced shortly.

Ssingh shared: “It gives me unbelievable joy to bring these legends of lyrics and music together for a project that is extremely close to my heart. I have been an ardent admirer of the work of AR Rahman ji and Gulzar Saab. Their contribution to cinema cannot be measured and I am humbled that they are a part of my project.”

He added: “Subrata Roy sir’s life is a tremendous story of grit, determination, and success and it needs the support of these two geniuses to realise this dream on 70 mm.”