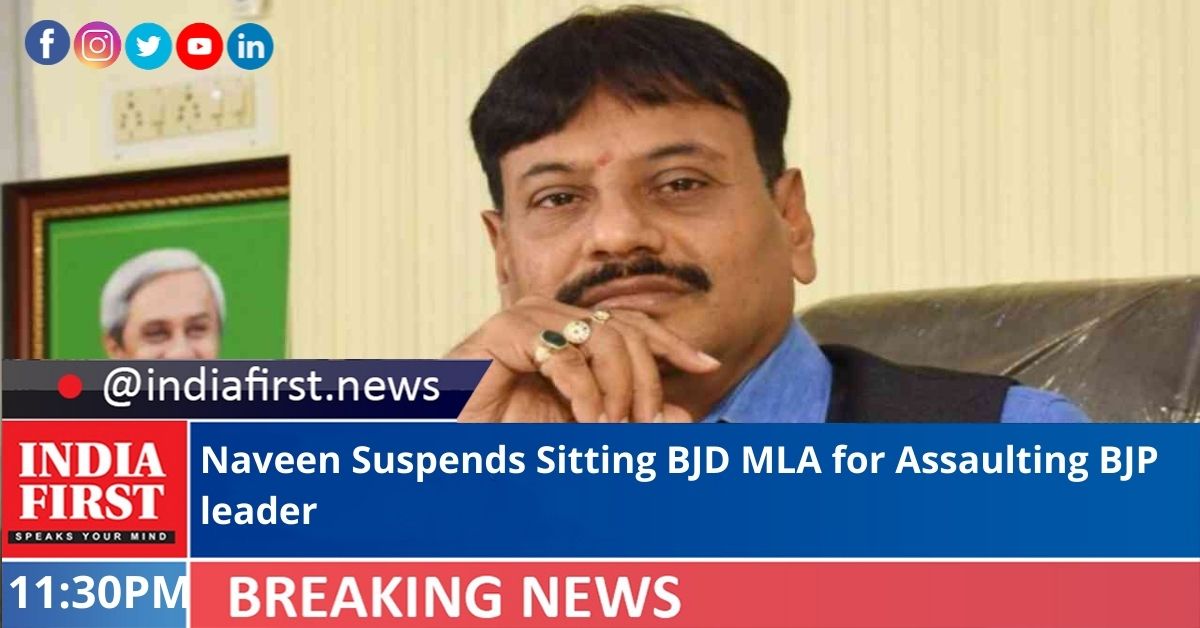 The ruling Biju Janata Dal (BJD) in Odisha has suspended its sitting MLA Prasanta Kumar Jagadev after a viral video showed the MLA thrashing a BJP leader at his Chilika constituency.

Though the party has not officially cited any particular reason for his suspension, a BJD insider said the MLA’s rude public behaviour was the reason.

In August last year, a junior engineer had registered a complaint alleging misbehaviour by Jagadev over booking a guest house. Prior to that in 2016, he was under scanner for allegedly assaulting a lady tehsildar.

The Chief Minister has also removed Jagadev from the post of chairperson of the District Planning Committee, Khordha, with immediate effect.