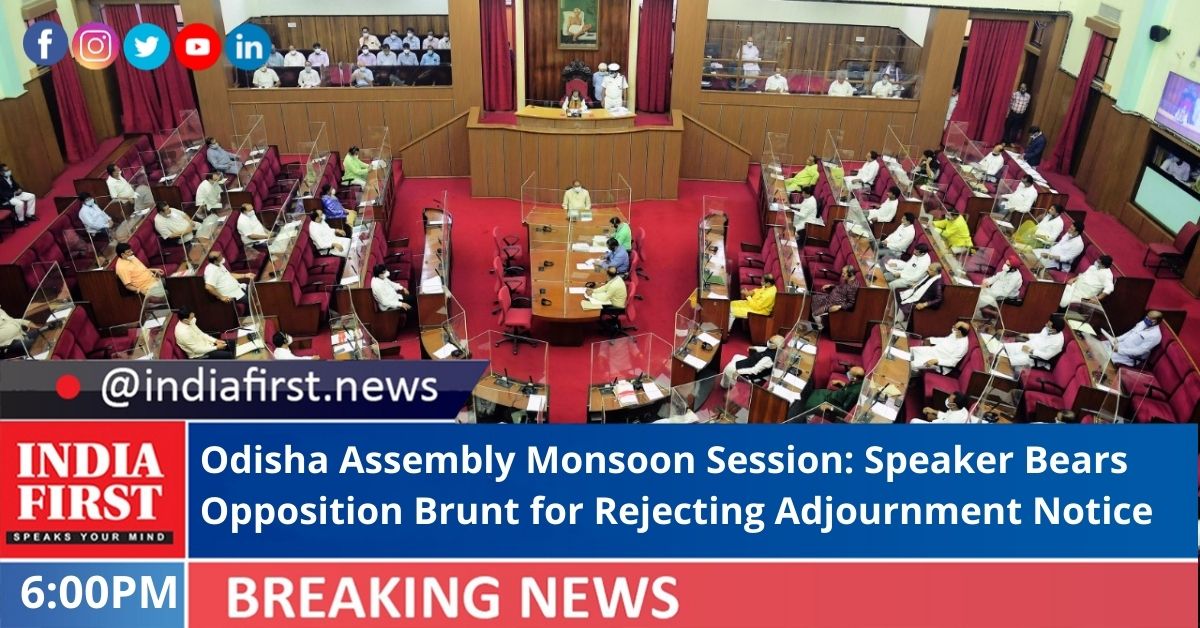 Opposition BJP and Congress stalled the proceedings of the Odisha Assembly and virtually confined the Speaker in his chamber for rejecting an adjournment notice on the “mining scam” in the state.

The Congress had moved the notice for a discussion on the “mining scam”, but Speaker S.N. Patro has rejected it.

As soon as the House assembled for the day at 10.30 am, Congress members rushed towards the Speaker’s podium to protest. BJP members also stood up on their seats and created ruckus, forcing the Speaker to adjourn the proceedings till 11.30 a.m.

The opposition party members then surrounded the chamber of the Speaker and did not allow him to come to the House to conduct the business. At this, Deputy Speaker R.K. Singh adjourned the House till 4 p.m.

The situation remained the same in the post-lunch session too. The Opposition members continued their protest and did not allow the Speaker to come to his chair in the House, and the Deputy Speaker conducted the businesses. Amid uproar, several reports were tabled and four Bills passed.

BJP chief whip Mohan Majhi alleged that the state government has a nexus with the owners of mines and is equally involved in the scam. Therefore, the Speaker rejected the notice citing it doesn’t have any relevance at present, he said.

Joining Majhi, Congress legislator S.S. Saluja alleged that the government is so neck-deep in the mining scam that it is scared to even discuss the issue. Therefore, the government is avoiding discussion on mining irregularities in the State, he said.