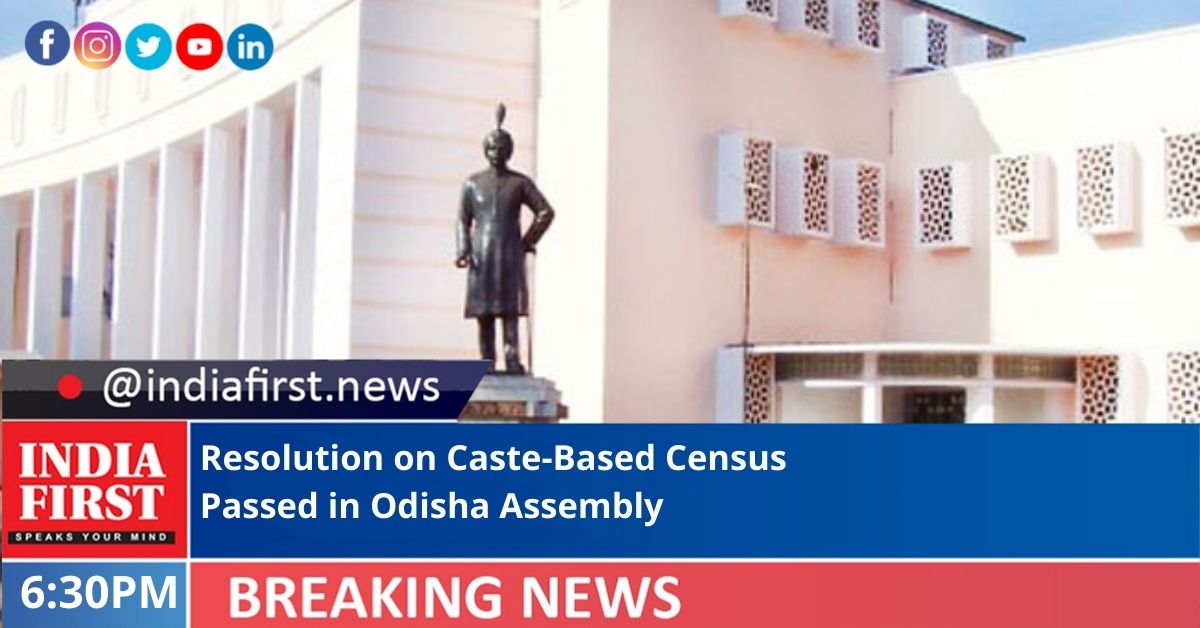 The Odisha Assembly yesterday passed a resolution calling on the State Commission for Backward Classes to urge the Centre to conduct a caste-based census to enumerate the other backward classes (OBC) population.

On the last day of the Assembly’s Monsoon session, SC and ST Development, and Minorities and Backward Classes Welfare Minister Jagannath Saraka moved the resolution, which was passed in the absence of opposition BJP and Congress members.

The population of SCs and STs is 22.5 per cent and 16.25 per cent of Odisha’s entire population, while the OBC/SEBC population comprises a lion’s share of the remaining, he said.

“The reservation for SEBCs is not in proportion to their population. As a result, they are deprived of getting suitable reservation in government jobs and other facilities,” Saraka said.

Various bodies, including the State Administrative Tribunal, the Orissa High Court, and the Supreme Court had quashed the state reservation policy due to lack of a detailed scientific database, he said.

Based on the resolution of the state Cabinet, the then Chief Secretary Asit Tripathy on January 13, 2020 had intimated the Cabinet Secretary for considering the proposal for conducting Census for SEBC and OBC category in General Census 2021.

However, the Registrar General and Census Commissioner India has rejected it on the ground that the collection of data of OBC/SEBC/other castes etc will adversely affect integrity of Census exercise, the Minister added.

He appealed all members of the House to unanimously resolve to ask the Odisha State Commission for Backward Classes to urge the Centre to increase the reservation ceiling cap to above 50 per cent in order to accommodate the OBC reservation quota and to conduct an OBC caste-based census to enumerate the OBC numbers.

In February last year, the state had constituted the State Commission for Backward Classes to conduct a survey on the social and educational conditions of people belonging to backward classes. However, the exercise was put on hold in view of the Covid-19 situation.