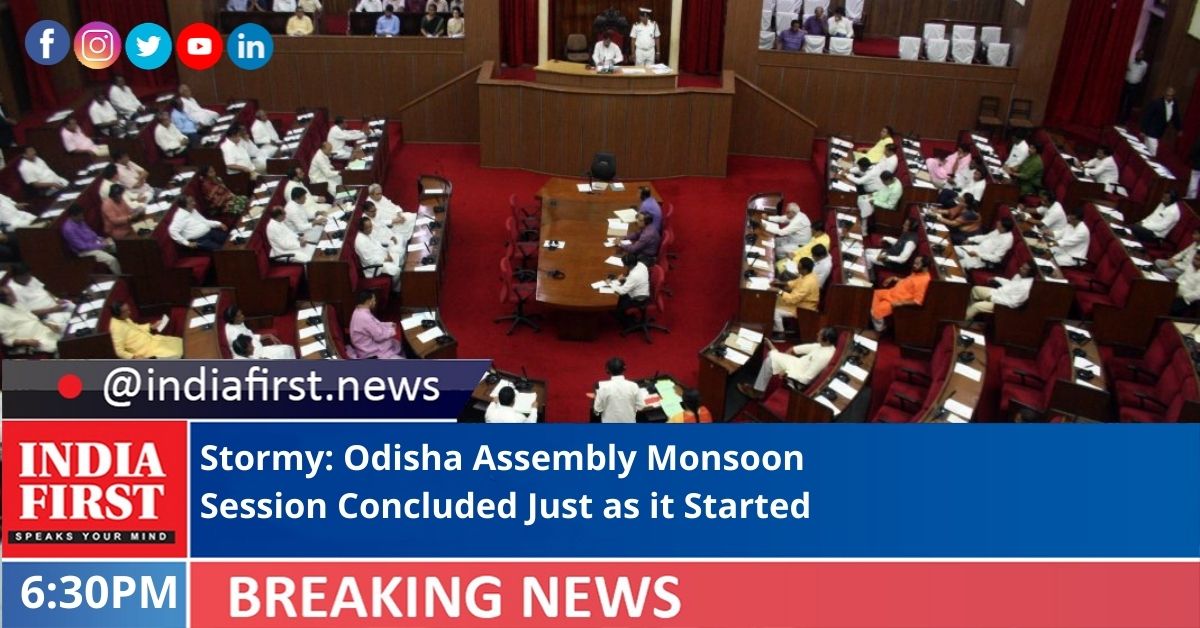 The Monsoon Session of Odisha Assembly, which started on September 1, ended yesterday as per the schedule.

Following the presentation of several reports, including four CAG reports and a resolution, Speaker S.N. Patro announced the end of the session.

The eight-day session was stormy as the members of the treasury bench and opposition locked horns over issues like the drought-like situation in some parts of the state, the law-and-order situation, ‘corruption’ in the Odisha State Staff Selection Commission and the alleged mining scam.

On the last day too, the Assembly witnessed uproar by the Opposition over the ‘mining scam’ and suicide of a youth allegedly because of lack of treatment.

The entire pre-lunch session of the Assembly was washed away as the Opposition members created ruckus in the House, which was first adjourned till 11.30 a.m. and later till 4 p.m.

BJP chief whip Mohan Majhi said, “After remaining in power for five times, the BJD government has become egoistic. That’s why the government is not ready to discuss the mining issue. We gave a new proposal for an adjournment notice on the mining issue in which we did not mention corruption. There is no justification for rejecting it.”

Majhi also raised the issue of the death of Dusmanta Das, a youth from Jagatsinghpur district who attempted suicide in front of the Assembly on Wednesday in protest against denial of treatment. The youth was denied treatment despite being a card holder of Odisha government’s Biju Swasthya Kalyan Yojana (BSKY) scheme, he said.

To counter the opposition, the treasury bench members staged a dharna near the statue of Mahatma Gandhi in the Assembly premises.

They raised slogans alleging Central negligence in providing required quantity of fertiliser in time to the state and failure to give compensation to the farmers under the Prime Minister Fasal Bima Yojana (PMFBY).

The ruling party members were demanding proper minimum support price (MSP) for paddy as per the recommendation of the MS Swaminathan Committee.