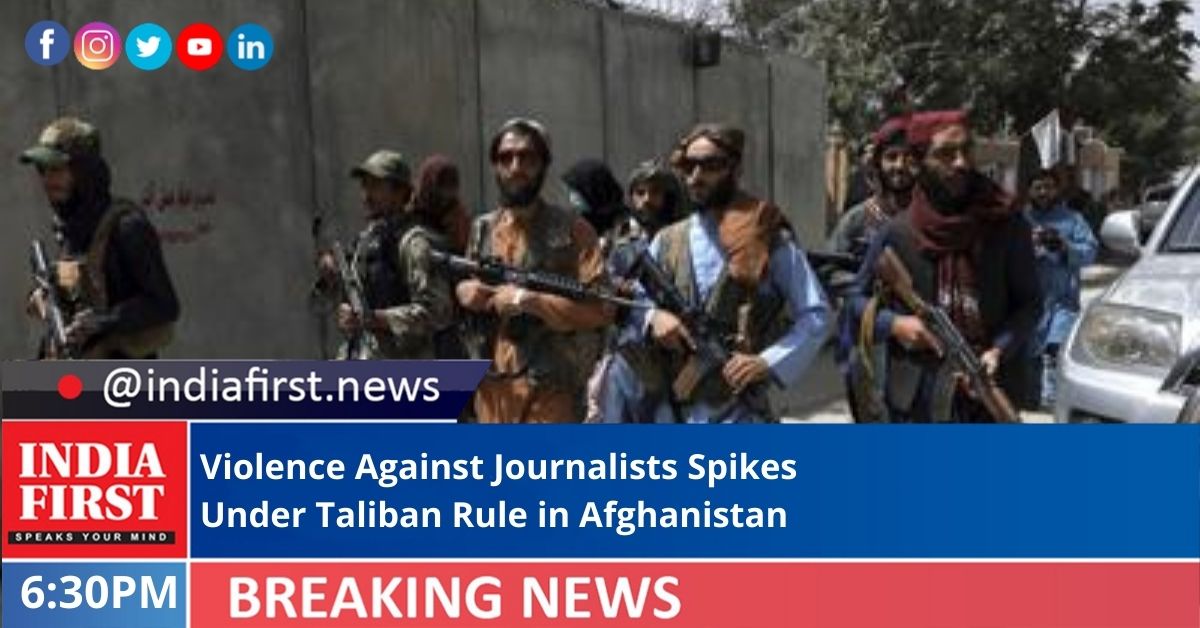 Reporters Without Borders (RSF) has warned of a sharp increase in violence against journalists and mediapersons in Afghanistan under the Taliban rule.

It said that in the past two days, dozens of violent cases against journalists have been recorded by the RSF.

Reza Moini, head of the RSF’s Afghanistan desk, said that in the past 48 hours 24 journalists were detained by the Taliban and released after several hours.

“In the past 48 hours, dozens of violent cases were registered against journalists in Afghanistan by the RSF,” he said.

On September 8, Etilaatroz newspaper in Kabul said five of its reporters were detained by the Taliban while covering a women’s protest.

Two of the reporters who were detained during the protest said the Taliban beat them badly and they were hospitalised, the report said.

Meanwhile, some reporters in the provinces said the Taliban has imposed limitations on them.

The Taliban, however, acknowledged the treatment of reporters but said they will try to prevent such incidents in the future.

“We are regretful of the reporters becoming victims over the past few days. We tried to address their challenges. If they were transferred to a safe place by the Mujahideen, which was interpreted as being detained, we will also work on this and try to see they are treated properly,” said Anaamullah Samangani, a member of Taliban’s cultural commission said.

The organisations that support and defend journalists, both inside and outside the country, have voiced their concerns over the dangerous situation of journalists in Afghanistan and called for the end of violence against reporters.