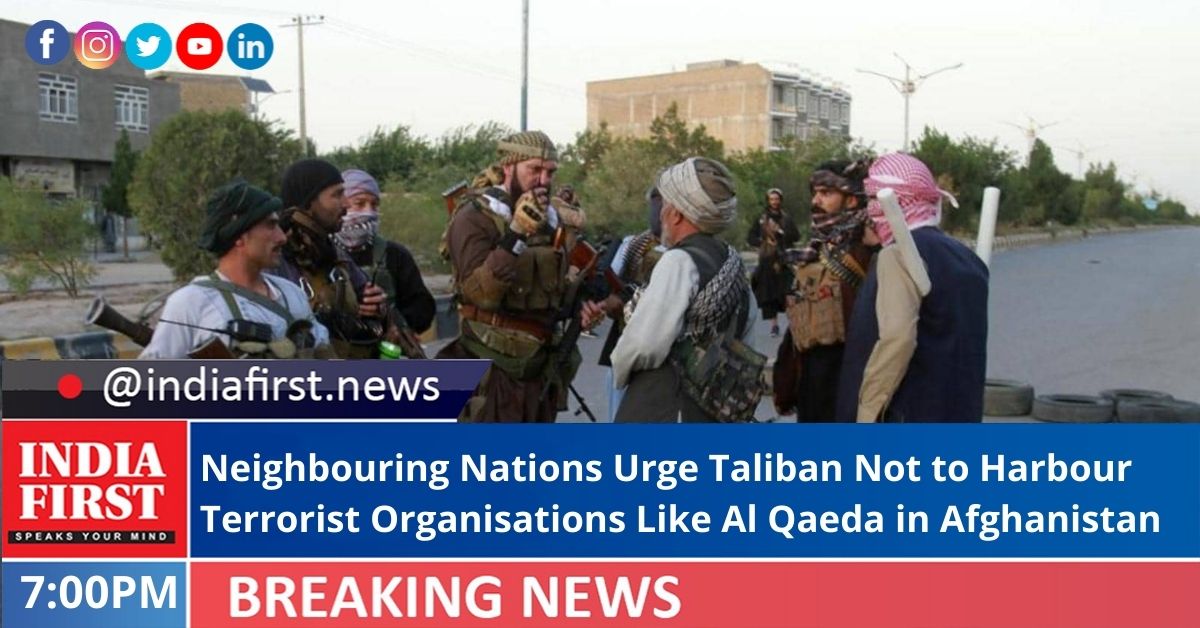 The six neighbouring countries of Afghanistan – China, Iran, Tajikistan, Turkmenistan, Uzbekistan and Pakistan – have issued a joint statement urging the Taliban to form an inclusive government and to not allow Daesh and Al Qaida to gain a “foothold” in Afghanistan.

The statement was issued a day after the six countries held a Pakistan-initiated virtual ministerial-level meeting on Afghanistan – the first since the Taliban seized power in the war-torn nation.

The statement asked the Taliban to adopt moderate policies, saying the meeting “stressed the necessity of forming an open, inclusive governmental structure, which practices moderate and sound internal and external policies; adopt friendly policies towards the neighbours of Afghanistan; achieve the shared goals of durable peace, security, safety and long-term prosperity; and respects the fundamental human rights, including those of ethnic groups, women and children.”

“Terrorist organisations, such as ISIS, Al Qaeda, ETIM, TTP, BLA, Jondollah and others should not be allowed to maintain a foothold on Afghanistan’s territory,” the statement read.

“The Taliban should show their willingness for a stable, secure and independent Afghanistan. Otherwise, I think the world may not fully cooperate with the Taliban,” said Sayed Baqir Mohsini, a university lecturer.

The neighbouring countries have said that they will respect Afghanistan’s sovereignty and will not interfere in its internal affairs, saying the future of Afghanistan should be determined by the people of Afghanistan in accordance with the provisions of the UN Charter and that the people themselves should lead the peace process.

The Taliban have stated they are committed to working with the world and the region and will never allow anyone to threaten the world and regional countries from Afghanistan’s territory.

“We agree that no one will be allowed to threaten any country from Afghanistan and the Taliban remain committed to this promise to the end,” said Abdulhaq Emad, a Taliban official.

The joint statement said that the neighbouring countries will hold the meeting on a rotational basis and the next meeting will be held in Tehran.