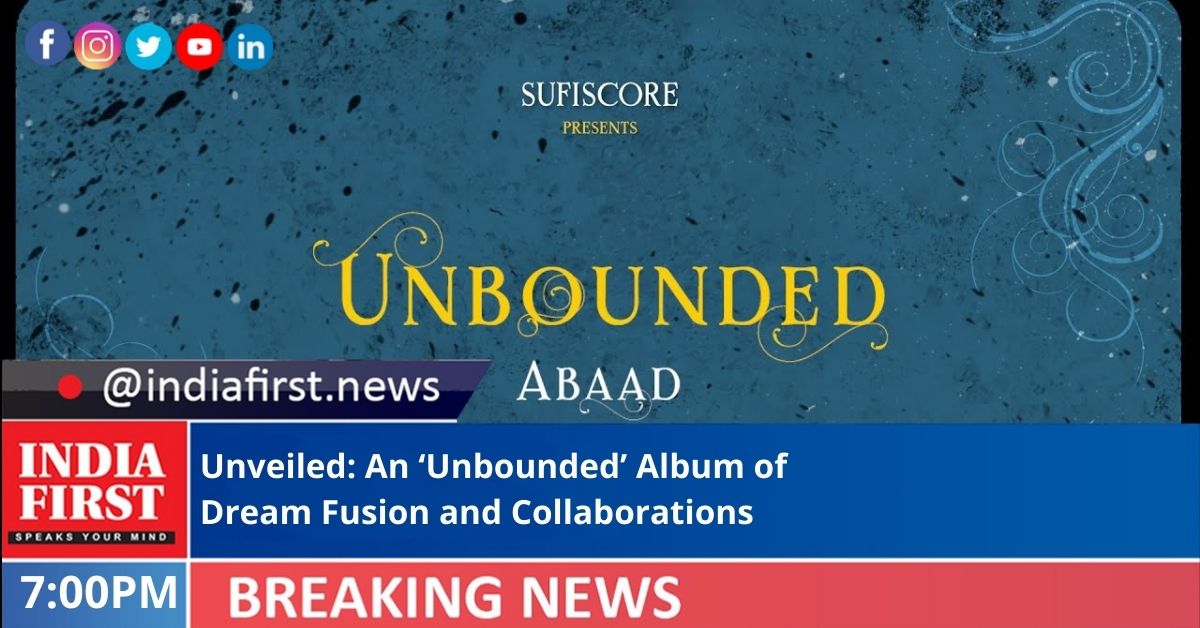 The musical ‘Unbounded’ (Abaad) is an album that features the who’s who of classical music in India. The album, released yesterday, has local flavours of Latin, jazz, folk, country, Sufi tradition, Western and Hindustani classical music.

All the songs in the album are composed by Sitar maestro Purbayan Chatterjee for his collaborative album ‘Unbounded’ from the UK-based, South Asian-focused music media platform Sufiscore.

The album showcases “six different kinds of music from our subcontinent, brought into close contact with six different styles from jazz and other realms,” said Chatterjee.

“Improvisation is the most common connection point. The language of music can take you from one realm to the other to feel that sense of being ‘looked after,’ essentially. Through it, you’re finding a mode of communication with a greater energy, a common energy that binds us all together,” he added.

The album reflects not only Chatterjee’s mastery of Indian classical music but also what he calls “his love story with jazz” and his inquisitive approach to music of all kinds, blending a wealth of colors from master musicians around the world. “I’m trying to create a sound that appeals to the greater diaspora,” said Chatterjee, “incorporating the nuances of Western harmony along with the embellishments and ornaments of Indian music in terms of my playing, my phrasing, my thinking.”

‘Khula Asmaan (Firmament)’, with lyrics by Pinky Poonawala sung by the Indian master Javed Ali, combines Rudess’ dizzying keyboards and Guy Bernfeld’s electric bass with the animated world percussion of Taufiq Qureshi, the drumming of Darshan Doshi and the guitar and flute of Rickraj and Paras Nath respectively. This complex prog-rock whirlwind, inspired by the traditions of Sufi Islam, is “a cross between a classical bandish (fixed melodic composition) and a Sufi kalam (devotional song),” said Chatterjee.

Anat Cohen comes onboard to evoke the streets of New York with her poignant clarinet on ‘Intezaar’ (The Wait), with lyrics by Ashishh Pandit, sung by Pratibha Singh Baghel and Ustad Rashid Khan.

The track ‘Unbounded (Abaad)’ is a dreamy out-of-tempo transition piece, with Asokan invoking the recurring chant ‘vasudeva kutumbakam’ (the world is one family), capturing the message of the album as a whole.