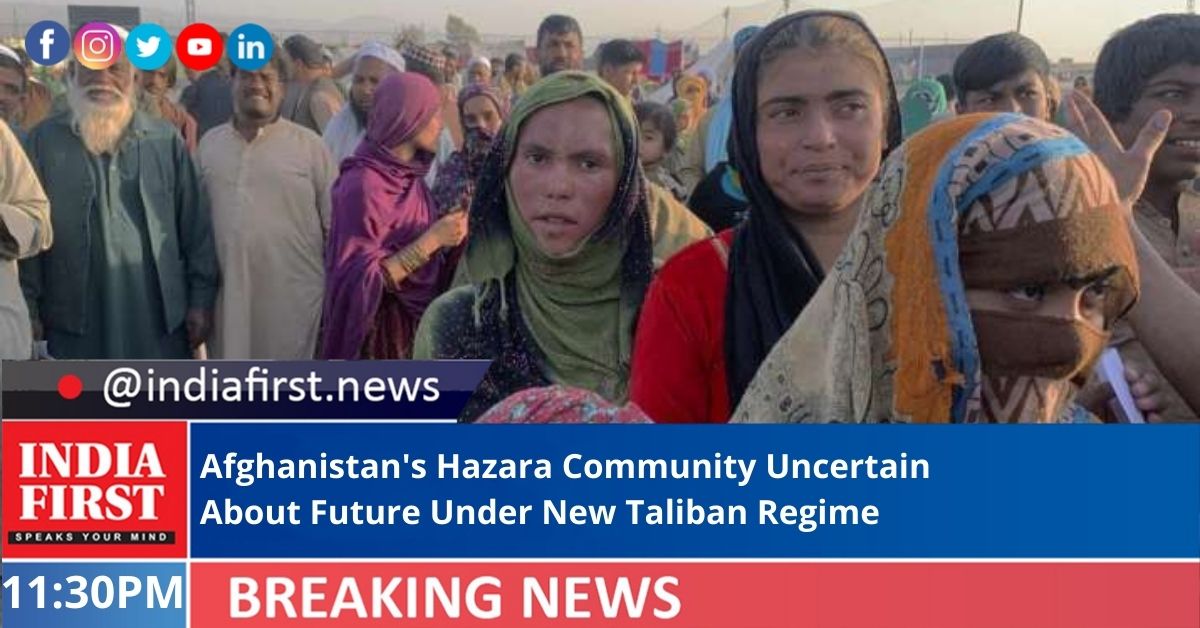 Hundreds of Hazaras worshippers gathered in mosques yesterday to offer Friday prayers on the outskirts of Kabul, a first after the Taliban took over the country.

The Hazara community, belonging to the Shiite sect, had previously been persecuted, executed and ethnically cleansed by the Taliban and Daesh militant groups for being Shia Muslim.

However, with the current and a little ‘moderate’ new Taliban government in place, they feel a little secure. But this feeling of security also comes with traumatic fears of the past, making them uncertain about their present and the future.

The Hazara community had been a target for not only the Taliban, but also the Islamic State (IS) factions in the past. And with the newly formed interim government of the Taliban, the Hazaras fear of being shut out and cleansed again as the Taliban leadership comprises hardline militants, the old guards from Pushtun ethnicity.

“It is largely made of a single ethnicity. Pushtuns dominate the Taliban government. We do not see any participation of the Hazaras, which is a huge concern,” said Hassanzadah, a local from the Hazara community.

The Hazara community comprises the country’s Shia minority, while the Taliban leadership consists of hardline Sunni sect of Islam, who in the past were savage towards the Shiites during their last regime in the 1990s.

The Hazaras have not forgotten one of the country’s most violent attacks on their community, when rallies were bombed, hospitals were targeted and ambushed attacks on the community were carried out.

The most recent attack on the Hazara community was during June this year, when a Daesh-linked suicide bomber targeted a school and claimed the lives of hundreds.

Today, the Hazaras feel scared to see the Taliban-led security forces, who are now a normal sight on the streets of Afghanistan.

“There is no doubt that the people of Afghanistan want an inclusive government in which all ethnicities, followers of all faiths and different segments of society are represented,” said Abdul Qadir Alemi, the Imam (prayer leader) of a mosque.

Another major concern for the Hazara community is the exclusion from government offices as many of them have gone jobless since the Taliban takeover and have no hopes of inclusion in the current Taliban-led government.

“There are many people who used to work for the government. They have all become unemployed now. There is a lot of anxiety and worry. It’s not like the Taliban are killing us, but it is better to die than to live suffocated like this,” said Suleiman, a Shiite worshipper at the mosque.

Maintaining livelihoods has become another major challenge for the Shiite community under the Taliban rule. They say that while they have not yet seen anything bad being done to their community by the Taliban for the moment, soaring prices of basic food items, coupled with unemployment of many community members, are pushing them into starvation.

“We have not seen anything bad from the Taliban, but there is no work for the people. What are we supposed to do about our hunger,” asked Suleiman.