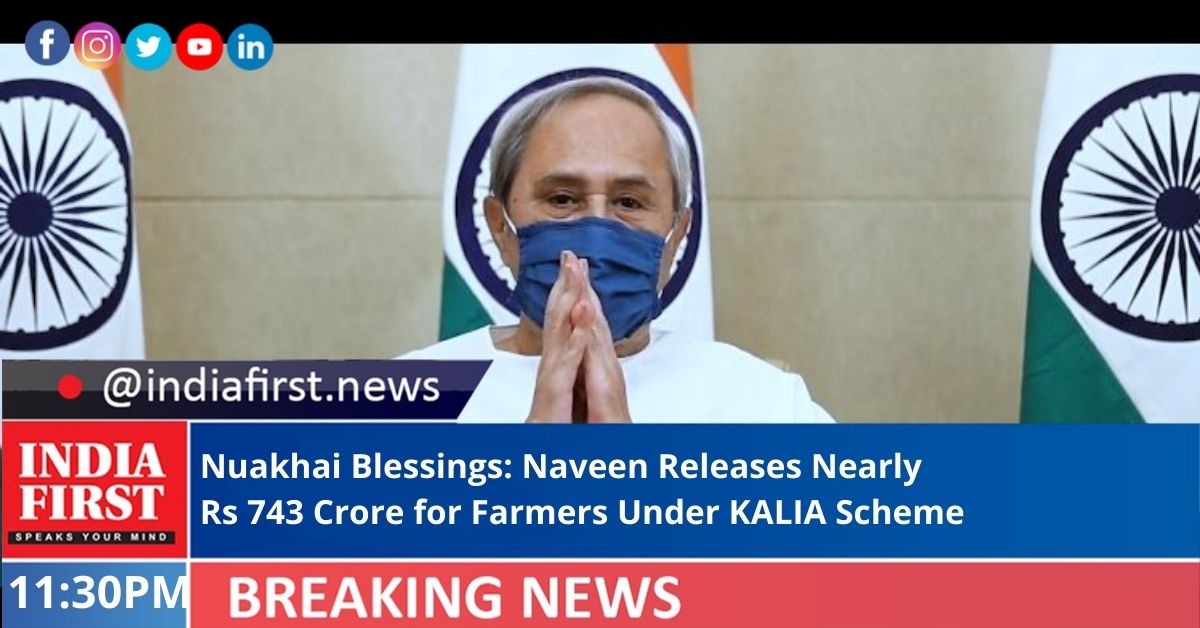 On the occasion of Nuakhai festival, Chief Minister of Odisha Naveen Patnaik distributed Rs 742.58 crore to farmers under the Krushak Assistance for Livelihood and Income Augmentation (KALIA) scheme.

An amount of Rs 2,000 has been transferred to the bank accounts of each of 37,12,914 small and marginal farmers for the Rabi crop season, Chief Minister’s Office (CMO) said in a release yesterday.

He said that KALIA Yojana is the best scheme in the country for the welfare of the farmers. Odisha is the only State in the country to provide assistance to landless farmers.

Millions of small farmers are getting benefits under the KALIA scheme. The State government has provided more than Rs 3,200 crore to the farmers under the scheme since the outbreak of the Covid-19 pandemic, he pointed out.

The Chief Minister said he is in touch with the Union government to resolve the shortage of fertilizers in the State. The State government has also drawn attention of the Centre on issues related to Minimum Support Price (MSP) and crop insurance several times, he said.

Stating that his government is always with the farmers, Patnaik said the State has recorded deficit rainfall in August. However, he hoped that the situation is likely to improve in coming days as the State is witnessing rainfall activities nowadays.

On the prevailing dry spell situation in some pockets of the state, the CM said his government is monitoring the situation and the field-level agriculture officials have been asked to remain in touch with the farmers and have a close eye on the situation. He advised the farmers to work on the advice of the agriculture department.