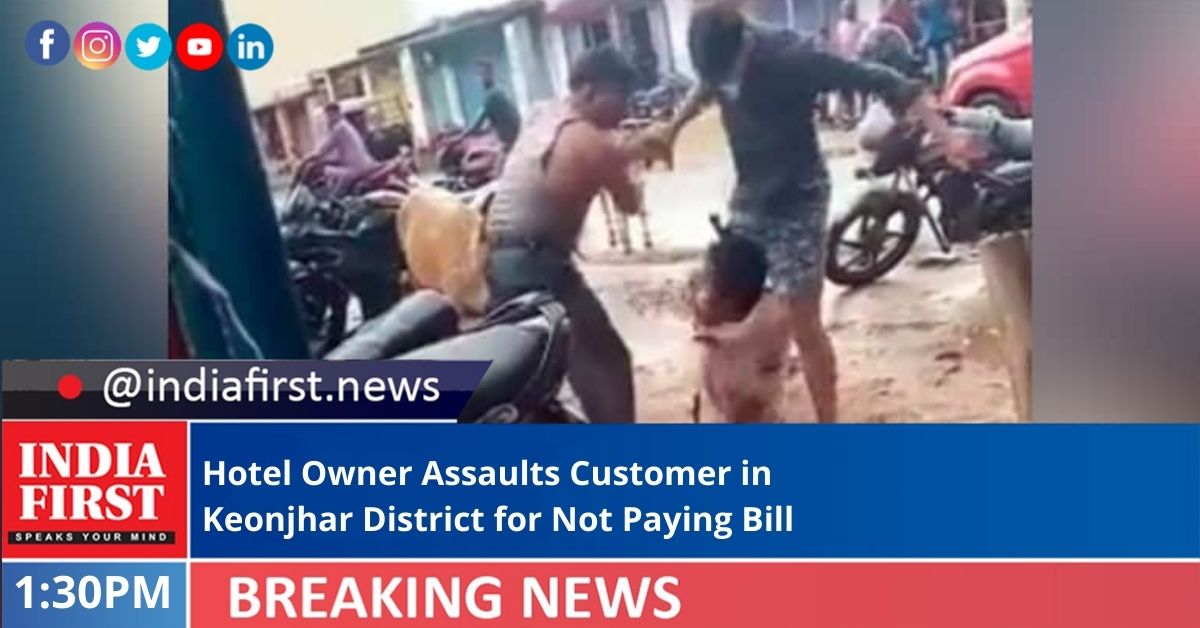 In a shocking incident, a hotel owner thrashed a customer for failing to pay his bill in Odisha’s Keonjhar district, police said.

The local police arrested the hotelier. A purported video of the incident has gone viral in social media too.

According to the police, the customer Jitendra Dehuri had visited a hotel named ‘Maa’ on September 11 afternoon to have his lunch.

The hotel owner Madhu Sahu asked him to clear his pending dues of Rs 140.

Jitendra had Rs 100 with him and requested the hotel owner to allow him to pay the remaining Rs 40 later.

However, the hotel owner refused and this led to an altercation between the two.

Soon, the altercation turned ugly as the hotelier along with his son thrashed the customer.

After getting information, Ghasipura police reached the spot and registered a complaint.

“We have registered a case (No 187) and arrested the hotel owner Madhu Sahu. He will be forwarded to the court today,” Ghasipura IIC, Manoranjan Bishi said over phone.