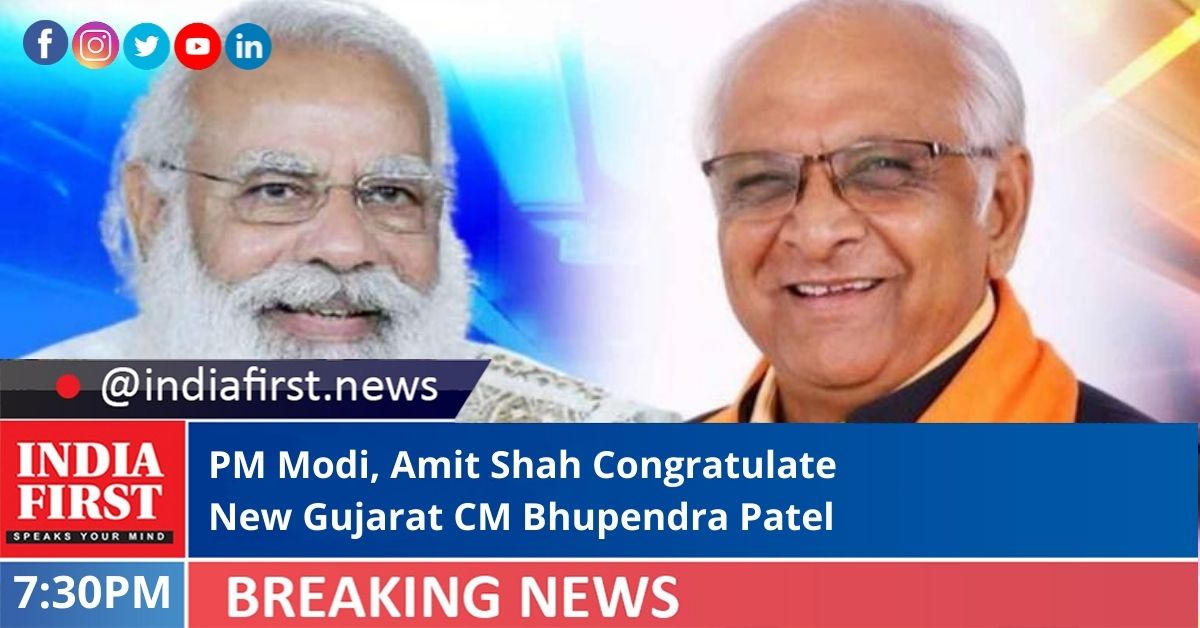 In a tweet, Prime Minister Modi said, “Congratulations to Bhupendra Bhai on taking oath as CM of Gujarat. I have known him for years and have seen his exemplary work, be it in the BJP Organisation or in civic administration and community service. He will certainly enrich Gujarat’s growth trajectory.”

“During his five years as CM, Vijay Rupani Ji has undertaken many people-friendly measures. He worked tirelessly for all sections of society. I am certain he will continue to contribute to public service in the times to come,” Modi said in another tweet.

Congratulating Patel, Union home minister Amit Shah, who was in Gandhinagar to attend the swearing in ceremony, tweeted, “Congratulations to Bhupendra Patel for taking oath as chief minister of Gujarat. I have faith that while working under the leadership of Narendra Modi ji with full devotion and dedication for the poor, farmers and deprived section of society, you will take the development journey of Gujarat to new heights.”

BJP chief J.P. Nadda also congratulated Patel. In a tweet, Nadda said, “Hearty congratulations to Bhupendra Patel for taking oath as chief minister of Gujarat. I have full confidence under Prime Minister Narendra Modi’s guidance and under your leadership, pace of Gujarat development will be accelerated.”

In another tweet Nadda said, “For the last two decades, the BJP has been continuously serving the people of Gujarat. As chief minister Modi ji had given a new direction to development of the state which was carried forward by Anandiben Patel and Vijay Rupani. In the last five years, Rupani ji has made all the efforts for development of states and welfare of people.”