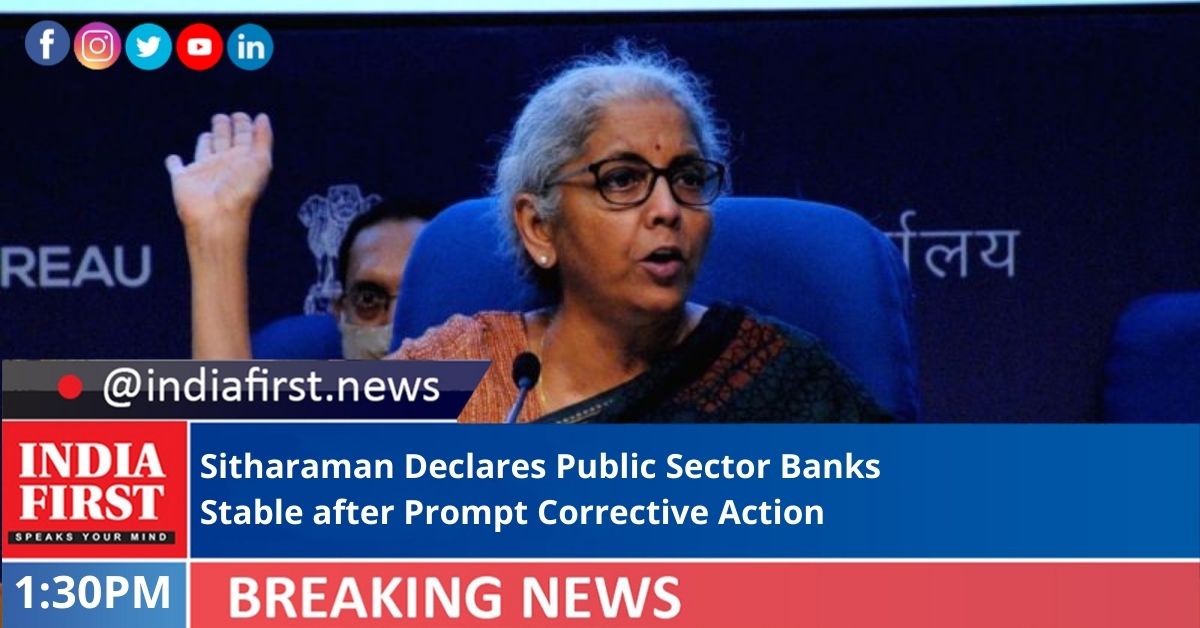 The public sector banks were laden with huge non-performing assets (NPA) which was a serious concern for the future of the banking sector itself.

Sitharaman said a problem in the banking sector would impact the entire economic activity.

According to her, the government infused additional capital into public sector banks.

It was then prompt corrective action was taken and the public sector banks are back on the rails now, she said.

Even as the banking sector was in turbulence, TMB was carrying out its business efficiently, Sitharaman added.

Appreciating TMB, which was started as a Nadar community bank in 1921 and now gained universal acceptance, Sitharaman said the way forward is digitisation.

She said technology-related solutions take away a lot of other problems. And even without a branch in a place, banking services can be offered now through digitisation.

Referring to TMB’s deposit base of Rs 41,000 crore and advance portfolio of Rs 32,000 crore, Sitharaman said: “If that is the rapidity with which you are using the money to make more businesses work, it is possible to be more efficient if you adopt complete technology-related solutions.”

According to her, using financial technology one can cross populate data and one can assess credit rating which is possible only with digitisation.

According to K.V. Rama Moorthy, MD & CEO, TMB, as a part of their Centenary celebrations, the bank is kick-starting multiple initiatives, starting with the issuance of a special postage stamp and postal cards.