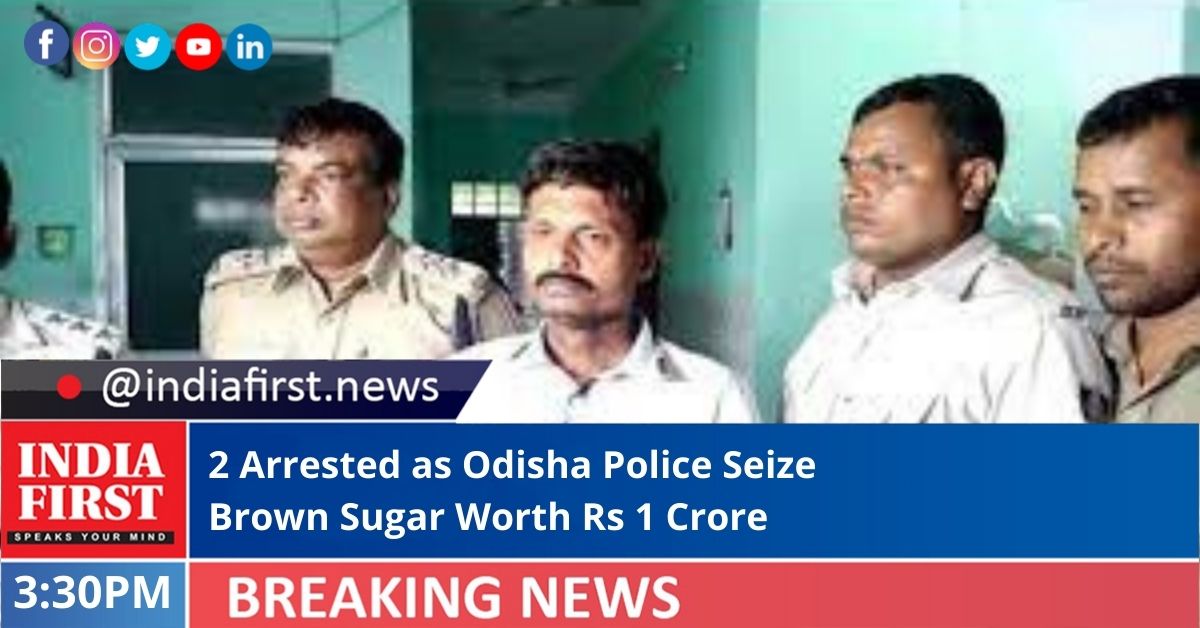 A team of Special Task Force (STF) of Odisha police today seized brown sugar worth over Rs 1 crore in Bhubaneswar city and arrested two persons who belong to West Bengal in this connection, officials said.

On the basis of an intelligence input, the STF team raided near Rasulgarh crossing and seized 1,025 gm of brown sugar worth over Rs 1 crore from his possession, the police said.

The arrested two inter-state drug peddlers are identified as Rakibul Laskar (30) and Sudhanya Gayen (44), both from South 24 Parganas district of West Bengal, the STF said in a statement.

The accused persons could not produce any valid authority in support of possession of such contraband material, for which the accused persons were arrested and will be forwarded to the court of District & Sessions Judge, Bhubaneswar, it said.

“During preliminary investigation, West Bengal link as well as interstate ramification has been established. Steps are being taken to nab the involved interstate drug peddlers in the instant case,” the STF said.

The police have registered a case under section 21(c) and 29 of Narcotic Drugs and Psychotropic Substances (NDPS) Act, 1985 and further investigation is on.

Since 2020, the STF has seized more than 40 kg of brown sugar/heroin and over 86.81 quintals of ganja/Marijuna and arrested more than 100 drug dealers/peddlers, sources said.