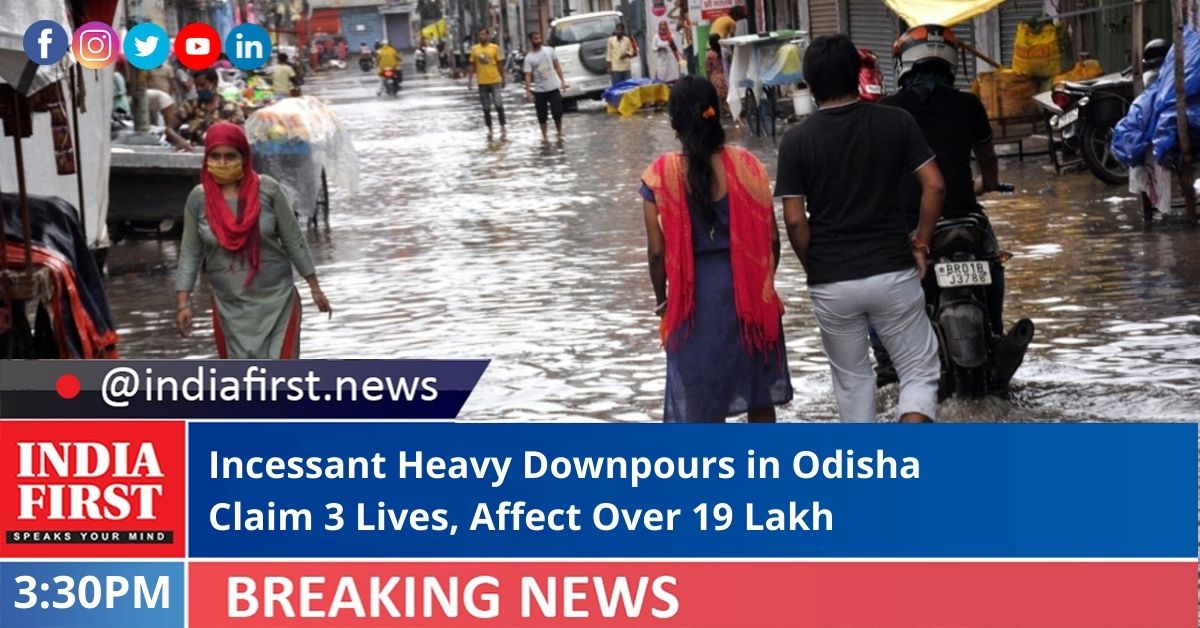 Over 19.53 lakh people in 11 districts of Odisha have been affected by heavy rains in the state since on the morning of September 12, officials said yesterday.

According to a report prepared by the office of the Special Relief Commissioner (SRC), over 19.53 lakh people in 2,789 villages of 11 districts have been affected by the incessant downpour.

As per the report, three deaths were reported from of the state today, two from Kendrapara due to a wall collapse, and one from Khordha district who died due to drowning.

The major rivers in Odisha were in spate following the incessant rains. Official sources said the water level in Mahanadi river is rising at various places.

The Jalaka river is flowing at 05.60 metres at Mahtani against the danger level of 05.50 metres. The water resources department has cancelled leave of all the employees in view of the heavy downpour.

Meanwhile, the India Meteorological Department (IMD) said the deep depression over north coastal Odisha moved further west-northwestwards during the past six hours with a speed of 13 kmph, and lay centred close to Keonjhar.

It is likely to continue moving west-northwestwards across north Chhattisgarh and Madhya Pradesh during the next 48 hours and weaken into a depression during the subsequent 12 hours, the IMD said.