Wheat-Laden Goods Train Derails in Odisha, but No One Hurt - India First e Newspaper Skip to navigation Skip to content 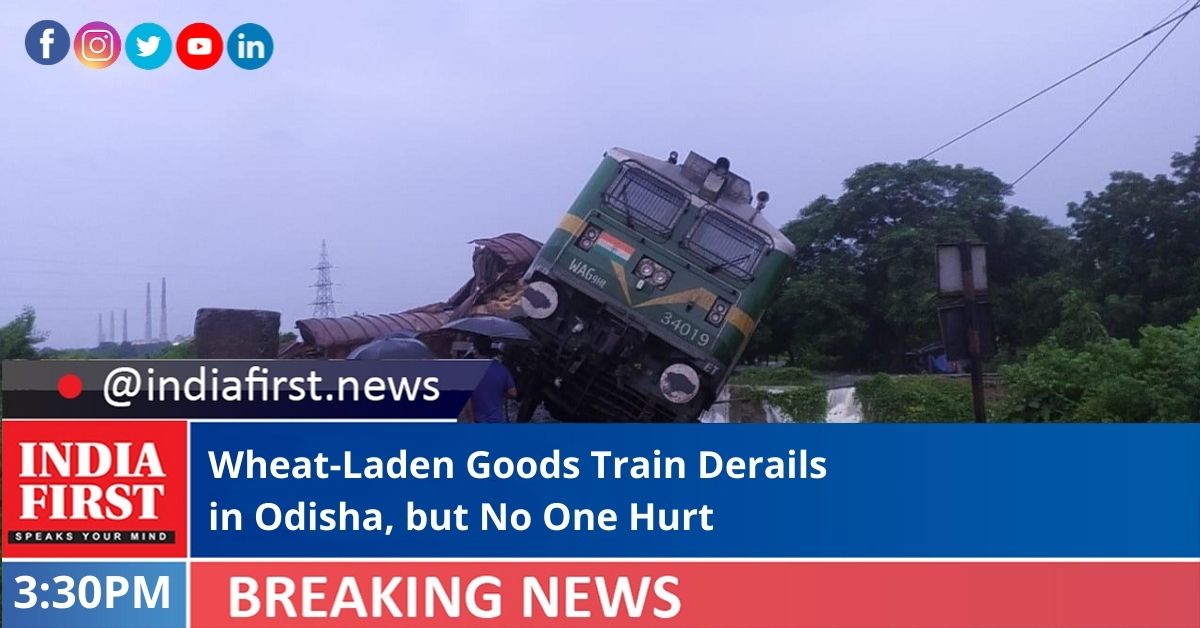 Due to the derailment, as many as 12 trains have been cancelled.

Ten wagons of the wheat-laden goods train derailed, but no one was hurt in the mishap, an official of East Coast Railway (ECoR) said.

In view of the derailment, the train service in the Dhenkanal-Sambalpur rail section has been affected.

The ECoR has cancelled 12 trains, diverted eight and partially cancelled one other, said the official.

The Rourkela-Bhubaneswar intercity special train will run between Rourkela and Sambalpur but remain cancelled between Sambalpur and Bhubaneswar.