4 Killed, 1 Missing in Due to Heavy Rainfall in Odisha | India First e Newspaper Skip to navigation Skip to content 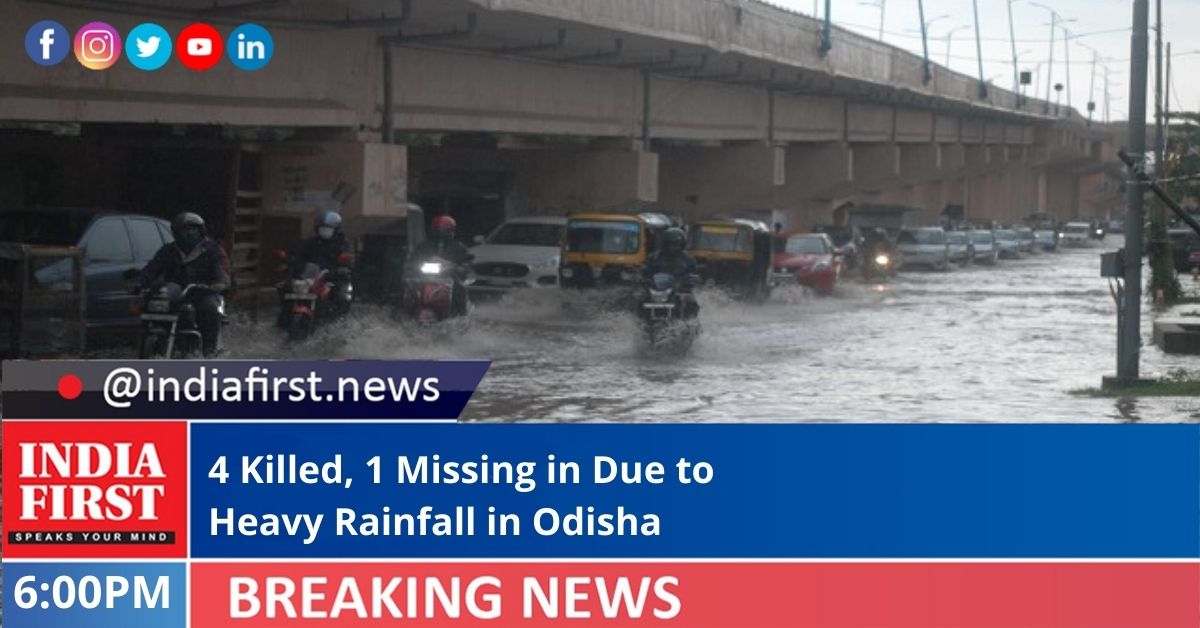 With the death of one more person due to wall collapse yesterday, the death toll due to the heavy rains in Odisha has risen to four, officials said.

As per the situation report prepared by Special Relief Commissioner P.K. Jena’s office, the death was reported from Ganjam district while one person is missing in Nischintakoili block of Cuttack.

On September 13, two deaths in Kendrapara district due to wall collapse and one in Khordha due to drowning were reported.

Over 20.46 lakh people in 111 blocks and 27 urban local bodies of 20 districts have been affected due to the heavy rainfall.

The government has evacuated 13,534 persons from affected areas in seven districts while 2, 870 houses have been damaged in the rain, as per the report.

Meanwhile, Jena has asked all District Collectors to submit damage reports by September 22.

“Assessment of damage to the properties in different sectors such as houses, agriculture (crop loss of 33 per cent & above), sand cast of agriculture land, loss of cattle, etc and enumeration of beneficiaries have to be taken up on priority so that the assistance as per norms of the State Disaster Response Fund (SDRF) can be paid to the affected persons expeditiously to enable them to repair/reconstruct their houses and restore livelihood,” he said in a letter.