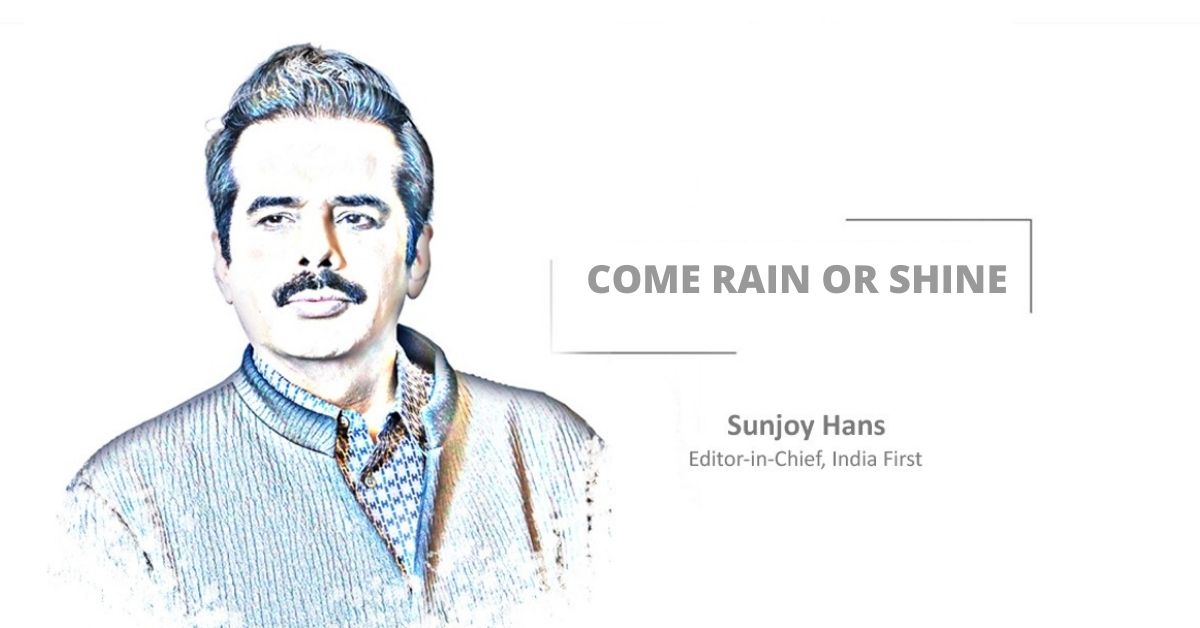 Torrential rains triggered by a low-pressure system in the Bay of Bengal have thrown life out of gear in many parts of the state. The capital city of Bhubaneswar has been witnessing a deluge, with many arterial roads waterlogged at various points. Water is reported to have entered low-lying areas in many urban areas, including Bhubaneswar and Cuttack.

This is certainly not the first time that rains triggered by low pressure have played havoc in the state. This has been a regular feature for the last few years, with rains eluding farmers when they need it most and coming down in torrents when they are not needed at all. In this case, of course, the state required good rainfall to compensate for the severe rainfall deficiency that it has experienced between June and August, which led to a drought-like situation.

But the downside of monsoon becoming hyperactive in September is that while excessive rainfall is not always helpful for farming activities, it causes terrible problems in urban areas, especially in big cities such as Bhubaneswar and Cuttack. Towns such as Puri have also suffered on account of heavy rains, with roads and streets getting inundated and water even entering low-lying residential areas.

On the positive side, the state government is doing everything possible to restore normality and bring relief to the people. Pumping sets are being used to remove excess water from heavily waterlogged areas in densely populated cities such as Cuttack. The municipal corporations in Cuttack and Bhubaneswar have been attending the SOS calls of citizens promptly while launching remedial measures.

While this effort has to be appreciated, it is equally true that the corporations in these cities must think in terms of long-term measures to address the problem of waterlogging during the rainy season. Fortunately, the reins of Bhubaneswar Municipal Corporation (BMC) are in the hands of a very efficient IAS officer who has acquitted himself well in all the assignments that he has carried out in the past. BMC Commissioner Sanjay Singh is a man with a vision and has been busy with plans to turn Bhubaneswar, the first smart city of the country, into one of India’s best in all respects.

But his efforts in this direction cannot bear fruit unless the citizens of Bhubaneswar extend him their full support. It is their responsibility to ensure that drains are not encroached upon and garbage is not thrown carelessly into them. Encroachment of drains has been a major problem in several areas of the city. Although the administration has been doing its best to remove encroachment, the problem seems to have assumed serious proportions in some areas. We must remember that a city is as good as its citizens. If we do not behave responsibly, come rain or shine, Bhubaneswar will never become the city that we all want it to be.