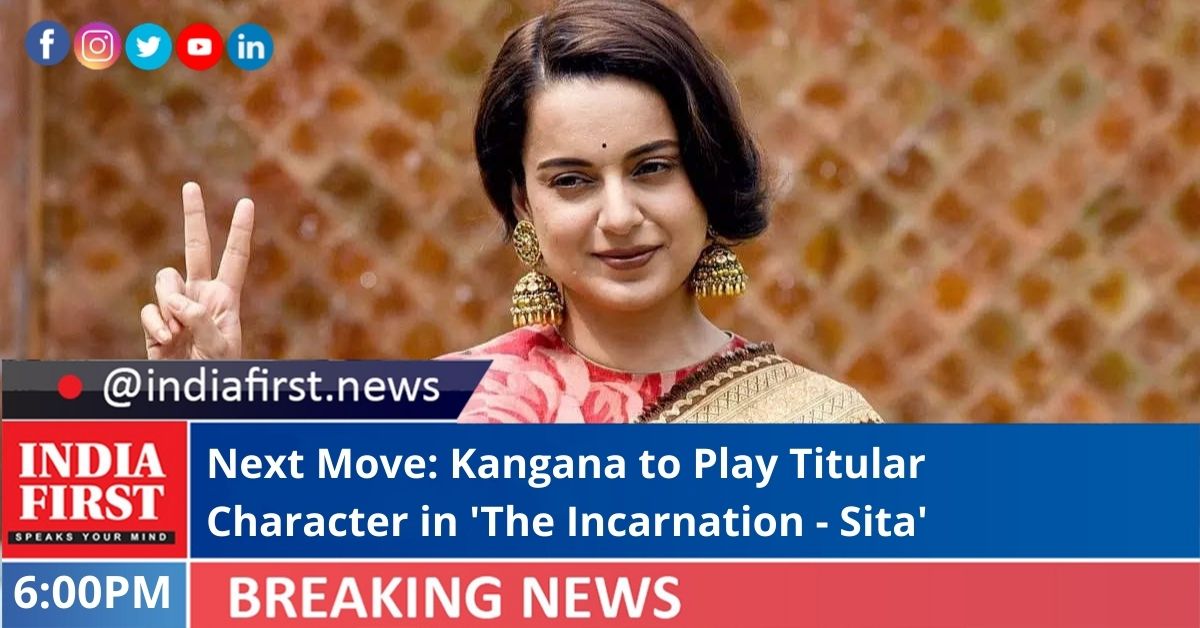 Actress Kangana Ranaut today morning announced that she will be seen playing the role of goddess Sita in upcoming mythological film ‘The Incarnation – Sita’.

The announcement was made on her Instagram as she shared a poster of the film as well.

The film will be directed by Alaukik Desai and will reportedly be released in five languages – Hindi, Tamil, Telugu, Malayalam and Kannada.

The actor also shared a throwback picture from her school days to reveal that it was not the first time she will be essaying the mythological character.

“I also played Sita as a child when I was 12 years old in school play ha ha… SiyaRamchandra ki jai,” she shared on her Instagram Stories.