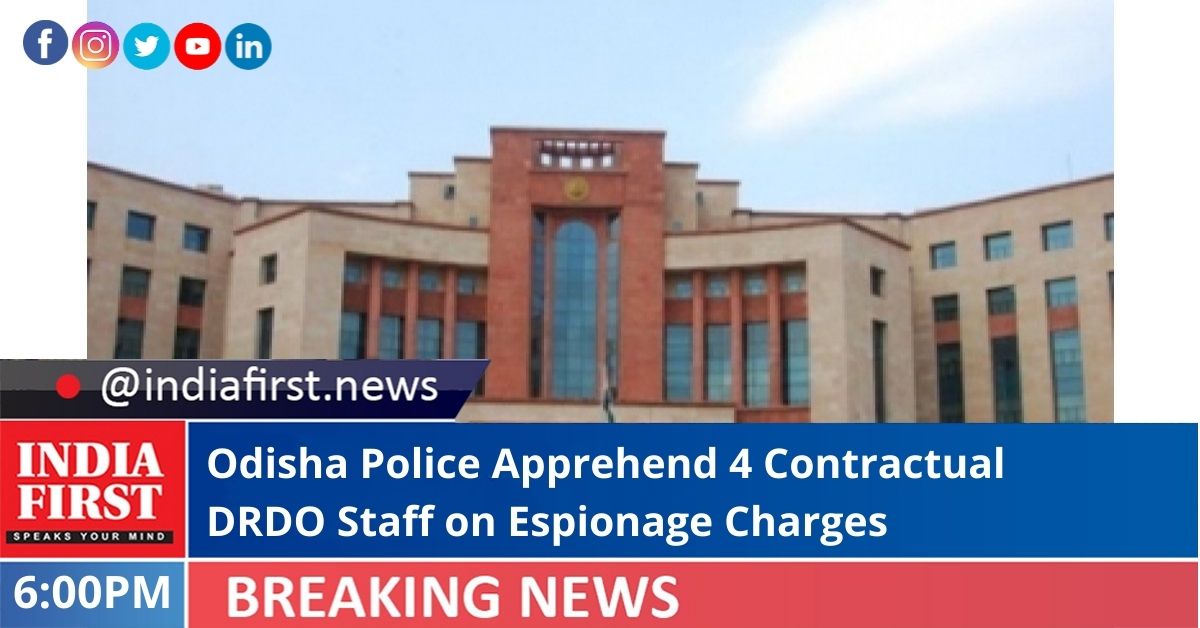 “We have some credible input that few people are sharing some sensitive information, which is important in view of national security, to foreign agencies. The Balasore district police have apprehended four persons and interrogation is on,” Inspector General of Police (eastern range) Himanshu Lal told media persons.

A case has been registered in the Chandipur Police Station (Case No 76) yesterday under Sections 120-B (punishment for criminal conspiracy), 121-A (conspiracy to wage a war against India) and 34 (act done with common intention) of the IPC and Sections 3, 4 and 5 of the Official Secrets Act, the police said in a statement.

The case was registered for committing offence of causing serious harm to the security, sovereignty and integrity of the nation and further interrogation of these four detainees and some others is going on to unearth more evidence in the case, it said.

“In this case, we had got credible intelligence that some persons are wrongfully and willfully communicating the classified defence secrets to foreign agents, appearing to be Pakistani agents, being contacted from various ISD phone numbers and in exchange, they were getting wrongful monetary benefits from them,” the police further said.

Based on these inputs, multiple police teams were formed to apprehend the culprits. During raids, the police have recovered several incriminating materials.

For the second time such a case of espionage surfaced at the Integrated Test Range (ITR) in Chandipur. In January 2015, a former DRDO employee Iswar Chandra Behera was arrested on charge of spying for Pakistan Intelligence Agency, ISI. He was convicted with life imprisonment in February this year.