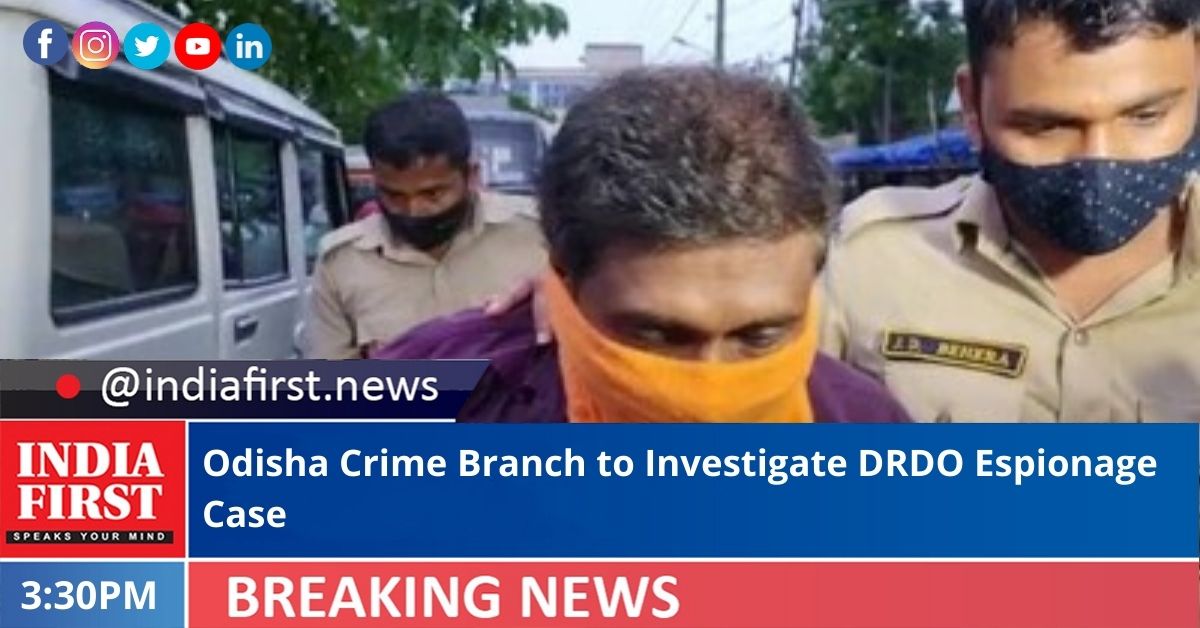 The Crime Branch of the Odisha police will probe into the sensitive DRDO espionage case, officials said yesterday.

The Odisha police had on September 14 arrested four contractual employees of the Defence Research and Development Organisation (DRDO) at Chandipur in Balasore district on charges of leaking classified defence information to foreign agents.

A four-member team of the Crime Branch headed by Additional SP Prasant Kumar Bisoyi will investigate the case.

The arrested persons were produced before the local court of the sub-divisional judicial magistrate (SDJM) in Balasore on September 15.

For the second time, such a case of espionage has surfaced at the Integrated Test Range (ITR) in Chandipur. In January 2015, former DRDO employee Iswar Chandra Behera was arrested on charges of spying for Pakistani intelligence agency ISI. Behera was sentenced to life imprisonment in February this year.