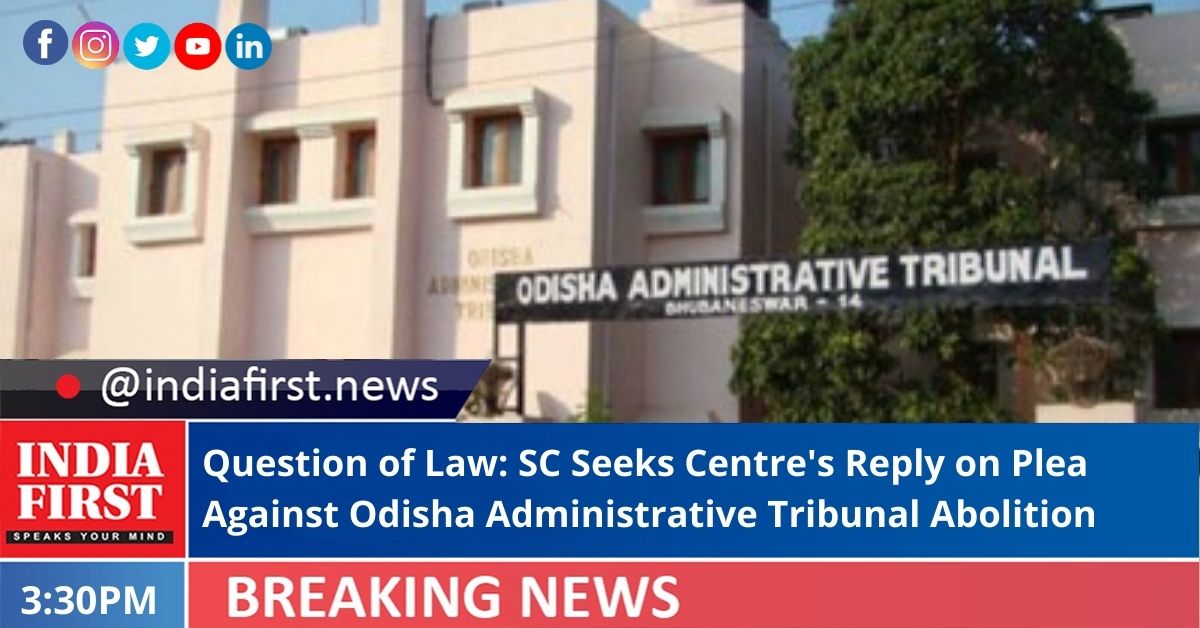 The Supreme Court has sought the Centre’s response on a plea against the abolition of the Odisha Administrative Tribunal (OAT).

A bench of Justices L. Nageswara Rao, Sanjiv Khanna, and B.R. Gavai issued notice to the Centre yesterday and sought reply within eight weeks, observing that it is a question of law which needs to be decided.

Earlier, the Orissa High Court had dismissed the plea and upheld the notification issued by the Centre’s Department of Personnel and Training on August 2, 2019, abolishing the OAT.

The plea said: “In the present case, the Centre could not invoke Section 21 of the GCA to do indirectly that which was prohibited to be done directly under the AT Act, and by upholding the illegal and arbitrary decision of the government, the impugned judgment is liable to be set aside.”

The plea contended the high court did not pay attention to the abuse of power and simply termed the decision as an administrative action.

Senior advocate Atmaram Nadkarni, representing the petitioner, contended before the bench that this was a “serious issued which needed consideration”.

The high court had observed that there was sufficient material to support the state’s view that OAT has not served the purpose of delivery of speedy justice to litigants.