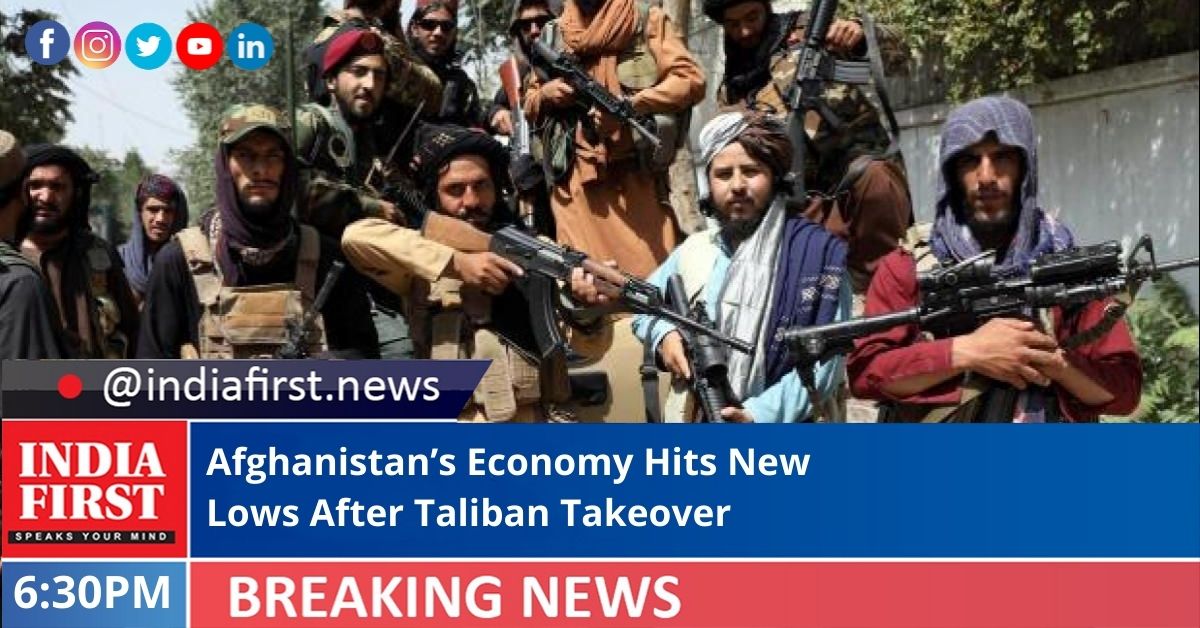 Ever since the Taliban took over Afghanistan’s capital city on August 15, the war-torn country’s already fragile economy has spiralled into despair.

With much of the international community refusing to recognise the Taliban regime, officially termed the Islamic Emirate of Afghanistan, hard cash is barely trickling in.

The currency (afghani) has been crumbling, while prices for essential goods have been soaring, and the financial crisis is fast morphing into a humanitarian catastrophe.

Most Taliban members themselves are said not to have received money in months.

As a result, a significant portion of foot soldiers in areas outside major cities subsist on limited food and carry around thin blankets to sleep in trucks or wherever there is suitable shelter.

Sources told The New York Post that Taliban members get “sponsored” by community members who give them food and other needed supplies.

They can also get handouts from commanders when they take over new areas or find cash.

According to many economic experts, an informal economy, known as the hawala banking system, may be the only way for Afghans, including the new government, to stay afloat.

Hawala, an Arabic word for transfer, originated in the 8th century, primarily for trading along the Silk Road.

While still widely used in parts of the Middle East, Africa and Asia, it is based entirely on the honour system – a sender is issued a tracking number to give to the recipient, who then picks up the money from an associated hawala merchant in another village, province or country.

Relying almost solely on such a system, as Afghans have little choice but to do now, risks plunging the country further into becoming a pariah cut off from the international banking system, akin to North Korea and Iran, the report added.