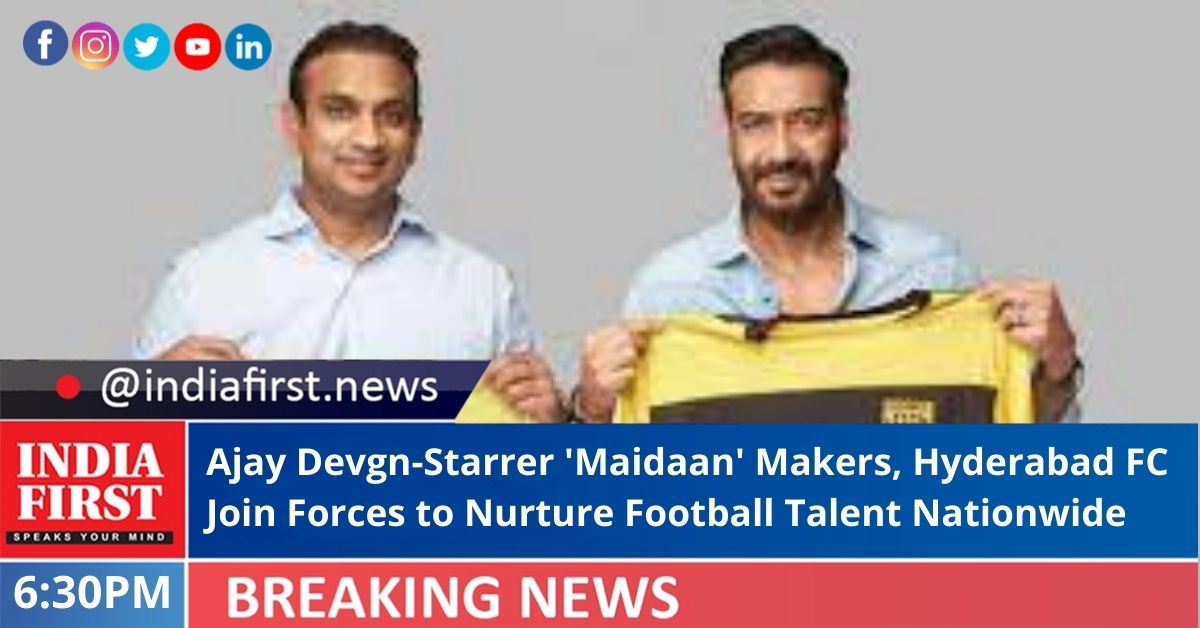 The makers of Ajay Devgn-starrer ‘Maidaan’ and Hyderabad Football Club have announced a partnership to work collectively with an aim of boosting grassroots football in Hyderabad and rest of the country.

‘Maidaan’ is an upcoming biographical sports film based on the golden era of Indian football (1952-1962) and starring Ajay Devgn as football coach Syed Abdul Rahim. The movie is produced by Boney Kapoor, Akash Chawla, Arunava Joy Sengupta and Zee Studios.

Boney Kapoor, who is the producer of this film, talks about the association and says: “Our association with Hyderabad FC, is a first-of-its-kind partnership in the industry. It is a natural fit as ‘Maidaan’ brings forward the struggles and victories of Shri Syed Abdul Rahim just the way Hyderabad FC has overcome various challenges to rise from where they were in the league with sheer grit and determination.”

So basically, the partnership is meant to enable in developing and nurturing young sporting talents of the country and also bring to light the unheard stories of the heroes of Indian football.

The director of the movie also commented on the same and added his perspective saying: “India has always been known to excel in the field of sports, be it cricket, football or even hockey – where India once dominated the sport for a long time. Our community is very passionate about the sport they play, and through this film our intention is to bring forth the journey of a passionate sportsman, who grew up playing football in the maidaans of Hyderabad and went on to become a national icon and role model to millions.

While giving brief on the partnership Varun Tripuraneni, Co-Owner, Hyderabad FC said: “We are honored and delighted to be associated with the ‘Maidaan’ team. This partnership will celebrate the legacy of Syed Abdul Rahim Sahab, who has been an inspiration not only to the football players in Hyderabad, but across the footballing community in India. Our association will aid us in taking football to every corner of the country and promote the sport amongst young and aspiring football fanatics.”

The club is co-owned by Varun Tripuraneni and actor Rana Daggubati.