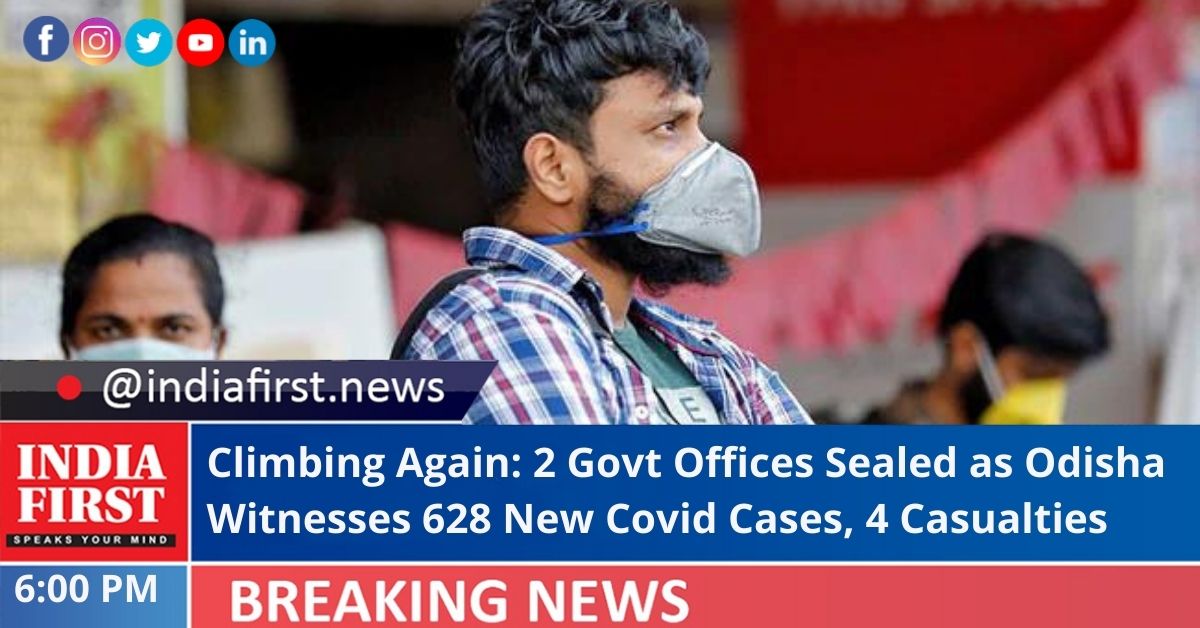 Odisha has recorded 628 fresh Covid-19 cases pushing the tally to 10,18,926, and two government offices were closed for two days after five cases were reported from the employees, officials said.

Out of the total fresh cases, 96 are children aged below 18 years. While 367 have been detected from the quarantine centres and 261 are local contacts, the Information and Public Relations department said.

Khordha district continued to report the highest fresh infections with 291 cases, followed by Cuttack district with 72 cases, Jagatsinghpur (26), Sundergarh (23), Balasore (22) and Mayurbhanj (22). Among other districts, Balangir, Deogarh and Ganjam districts reported only one fresh case each.

Seven districts – Boudh, Kalahandi, Kandhamal, Malkangiri, Nabarangpur, Nuapada and Sonepura – did not report any new cases in the past 24 hours, the department said.

The State has also reported four fresh fatalities, raising the toll to 8,122. Bhadrak, Cuttack, Jagatsinghpur and Khordha districts have reported one death case each.

Meanwhile, the Bhubaneswar Municipal Corporation (BMC) ordered closure of offices of sub-collector office and Tehsil office in Odisha capital Bhubaneswar for two days (Friday and Saturday) following the detection of five cases among the employees.

The positive persons have been directed to remain in home isolation. If required medical attention, they can inform the BMC immediately, it said.