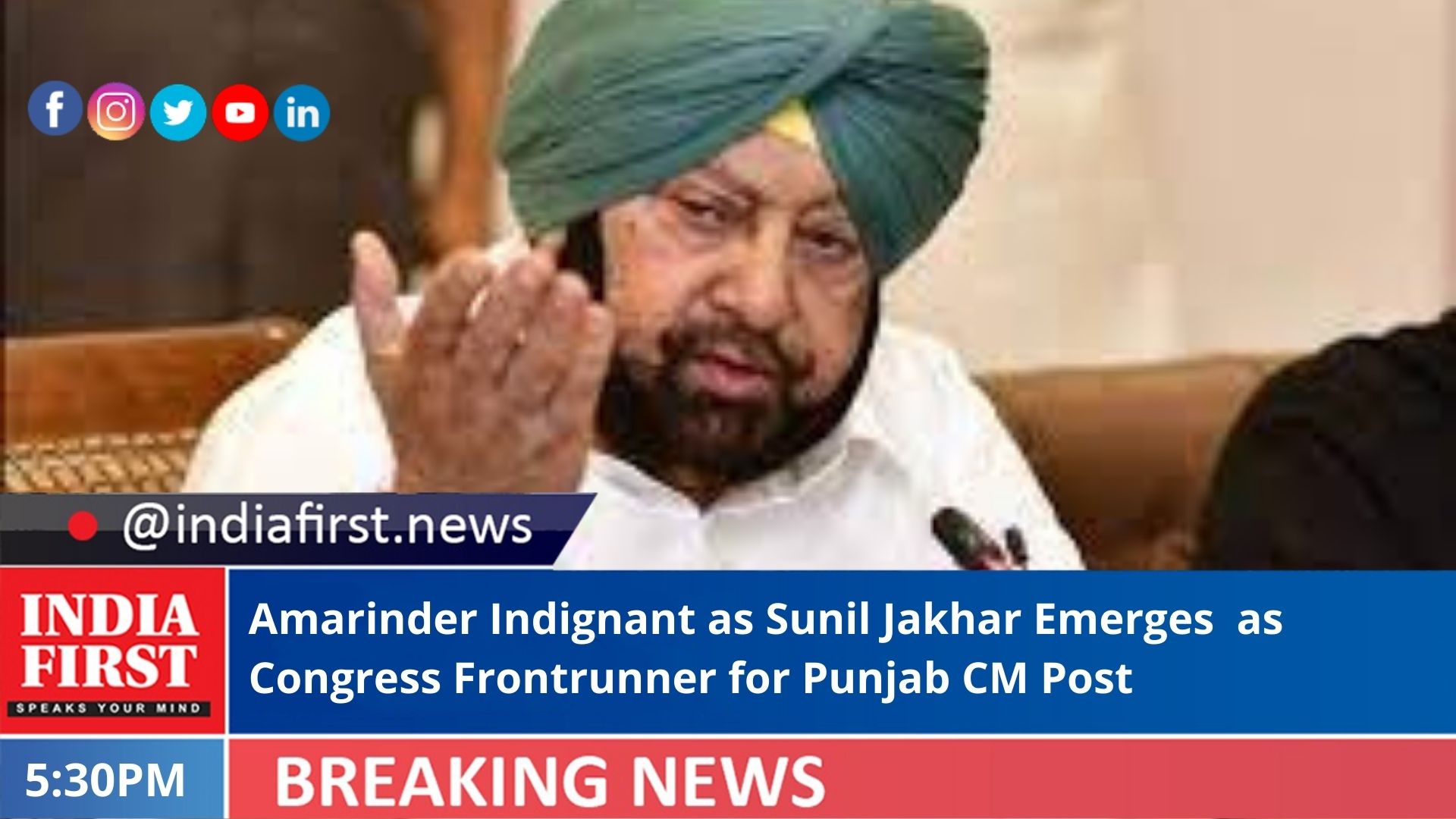 Former Punjab President Sunil Jakhar is frontrunner for the post of Chief Minister, sources said as party wants to project non-Sikh face ahead of polls to counter AAP which is gaining ground in the state.

Sources say that party wants a Sikh, Navjot Singh Sidhu, as state party chief and non-Sikh combination in the polls. The other name doing the rounds is of Pratap Singh Bajwa.

Indicating loud and clear ‘rebellion’ by Punjab Chief Minister Amarinder Singh, if he was forced to resign by the Congress high command, his Press Secretary today said the people who ‘surprised’ with the betrayal should be ready for a ‘shock’ with vengeance.

“If people surprise you with betrayal, you have a right to shock them back with due vengeance. Period,” Press Secretary Vimal Sumbly informed in a tweet, without talking about the ongoing tussle between the Chief Minister and the high command.

Just a few hours ahead of a meeting of the CLP, the high command is said to have conveyed to Amarinder Singh to resign to enable the election of a new incumbent.

However, the Chief Minister threatens to quit the party for being humiliated.