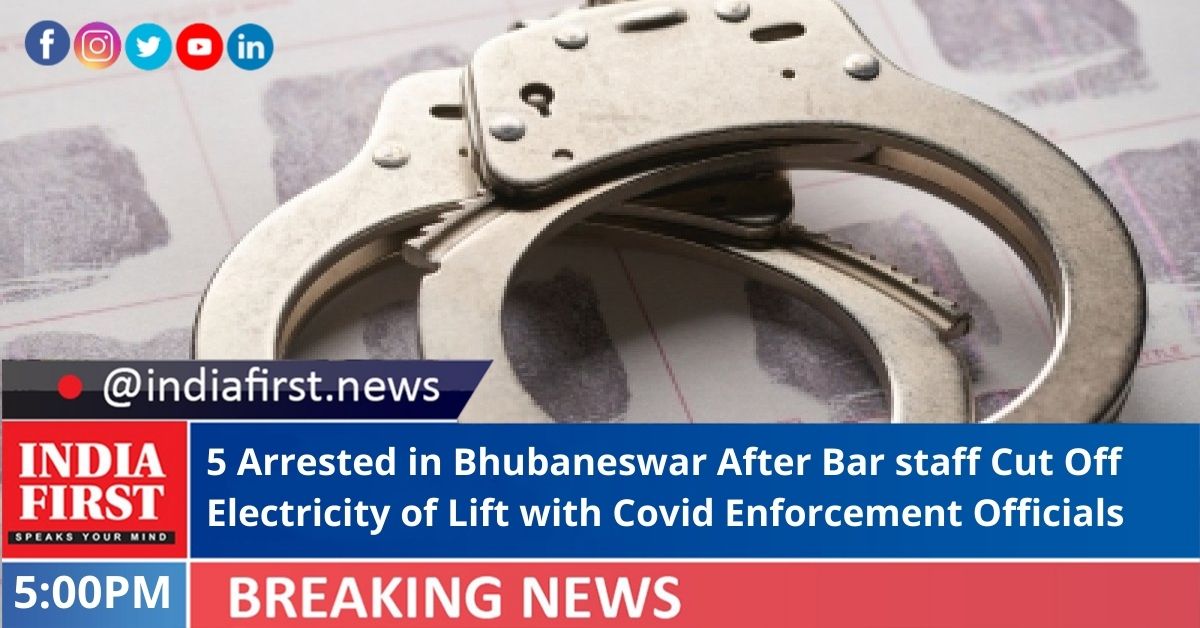 In a bizarre incident, Covid-19 joint enforcement squad officials were stuck inside a lift while going for a raid on bars in Bhubaneswar as bar staff cut off power supply, police said yesterday.

“A case has been registered at the Chandrasekharpur police station in this connection and five persons have been arrested today,” said the ACP.

BMC zonal deputy commissioner Anshuman Rath, who was heading the enforcement team, said when he himself along with other officials tried to enter the bar in the lift, suddenly the bar personnel snapped the power supply.

“We got detained inside the elevator for nearly 30 to 40 minutes. Our teams found a crowd at the bar even after 10 p.m., which is against the government stipulated guidelines,” said Rath.

Both bars – BBI and OOPRE, located in the same building – have been sealed for an indefinite period, he informed.