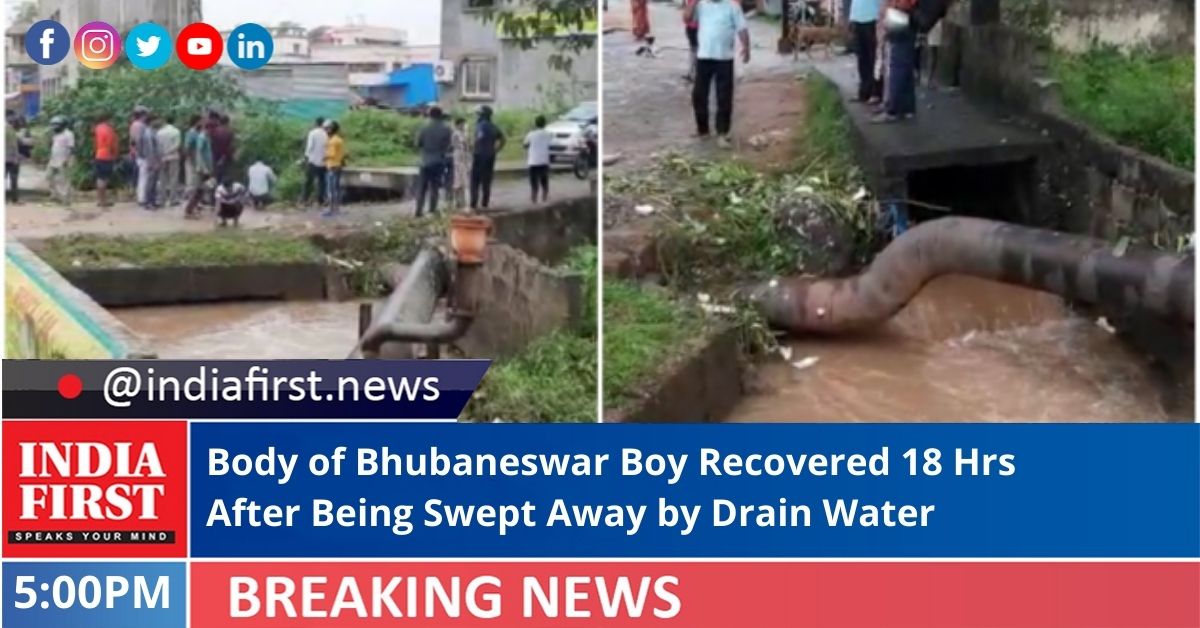 The body of a 15-year-old boy, who was swept away by drain water in the capital city, was recovered after 18 hours, fire service officials said today.

The deceased has been identified as Jyotirmaya Behera alias Raja of the Baramunda area. The incident happened when Raja, a Class 10 student was going for tuition at Gandamunda on a bicycle yesterday afternoon.

He was reportedly swept away in the drain of Shatabdi Nagar Bank Colony in the Siripur area.

After hours of rescue operation, the fire services personnel recovered the body from the drain near Panchasakha Nagar of Bhubaneswar. The family members identified the deceased as Jyotirmaya. His body has been sent for autopsy, a fire service official said.

Meanwhile, the Opposition blamed the State government and Bhubaneswar Municipal Corporation (BMC) authority for the mishap.

The BJP, which had filed an FIR against the BMC officials yesterday, staged a protest before the BMC office today. BJP leader Dillip Mohanty demanded a compensation of Rs 1 crore to the family members of the deceased. The Congress had also staged a demonstration over the incident.

This is not the first such incident in the capital city of Odisha. In 2015, a nine-year-old boy died after falling into a city drain and a 65-year-old woman had drowned in an open drain in 2019.