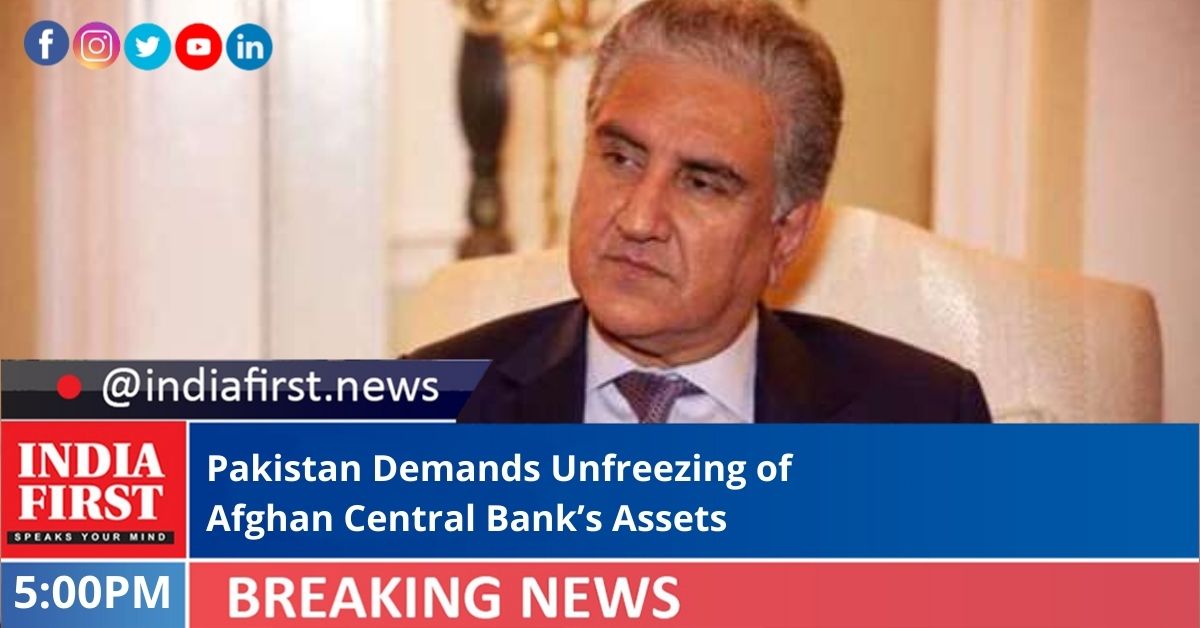 Pakistan Foreign Minister Shah Mahmood Qureshi has called upon the international community to support Afghans at a critical juncture through different steps, including unfreezing their assets, Geo Tv reported.

“In my opinion, unfreezing the frozen assets of Afghanistan for (the) Afghans may serve as a major step for confidence-building that could also incentivise positive behaviour,” he said yesterday while interacting with the UN’s press representatives in New York.

“On one hand, you’re raising fresh funds to avert a crisis and on the other hand money that is theirs – (which) belongs to them – they cannot use.

“I think freezing the assets is not helping the situation. I would strongly urge the powers that be that they should revisit that policy and think of an unfreeze,” he added.

The US froze US$9.5 billion in Afghan central bank assets and international lenders have stayed clear of Afghanistan, wary of providing money that could be used by the Taliban.

“Afghans have faced war in the last four decades so the international community should not leave Afghans alone now.

Qureshi said Pakistan has been hosting more than three million Afghan refugees for the last four decades with limited resources and without financial support from the international community.

Pakistan’s economy can no longer bear the burden of refugees, he added.