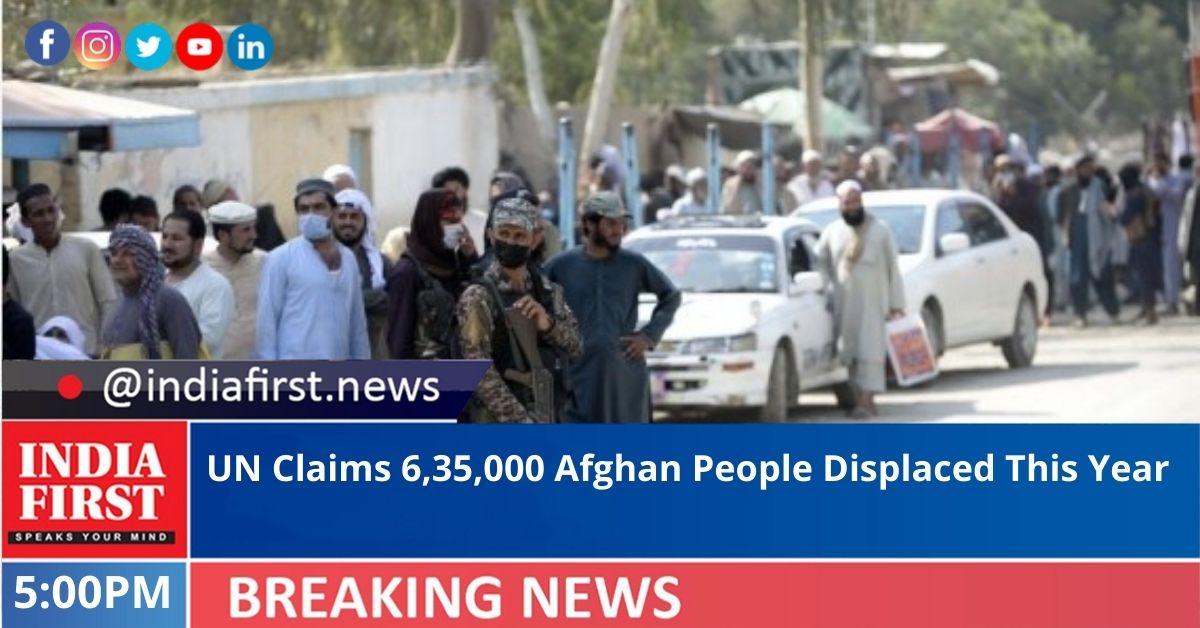 The United Nations has revealed that 6,35,000 people in Afghanistan were routed from their homes this year because of violence, with more than 12,000 recently displaced to Kabul, mainly from Panjshir Province.

The world organisation and its partners have reached 8 million people in the first half of 2021, the UN Office for the Coordination of Humanitarian Affairs (OCHA) said in a release.

Some 1,300 displaced people in Kabul are about to receive aid, Xinhua news agency reported.

The office said the UN Refugee Agency and the International Organization for Migration handed out relief to more than 9,300 people displaced by the violence in Kunar Province.

The World Food Programme will distribute food rations for the lean months of October to January of next year, OCHA said, reaching hundreds of thousands of vulnerable people. Some 63,000 people in Maidan Wardak province are to receive food aid.

Healthcare is also a priority in the humanitarian response.

A measles outbreak in the Yawan and Raghistan districts of Badakhshan province impacted at least 29 children, the office said.

The World Health Organization aided Nimroz provincial hospital to install a new Polymerase chain reaction machine with a capacity of 70 to 90 tests per day, OCHA said. It allows for significantly increased coronavirus testing.