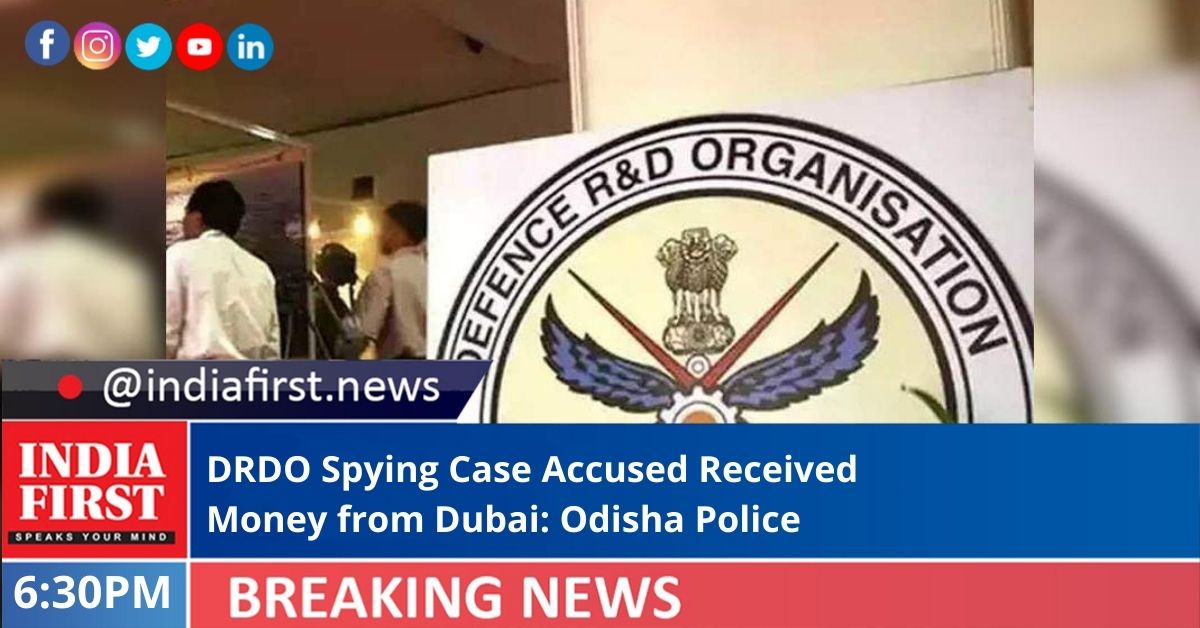 One of the five persons arrested on charges of leaking classified information of DRDO’s Integrated Testing Range (ITR) in Chandipur received money from Dubai, according to the Odisha police.

Additional Director General (ADG) of Odisha Police (Crime Branch), Sanjeeb Panda, said that one of the five accused persons had received a cash transfer of around Rs 38,000 from a bank account in Dubai. The money was transferred to the account of the arrested accused in two instalments, he said.

“We have seized the mobile phones of all the five accused. We are verifying their bank account details and social networking sites like Facebook and Instagram. Till now, we have found that one of the accused received Rs 38,000 is two trances from Dubai. The bank account details of the other four persons are being examined,” Panda said.

The police have also found that an unknown woman operative introduced herself by several names and trapped people on Facebook, he said.

“The woman also interacted with the accused persons over Facebook and WhatsApp. During investigation, we found that she was using a UK SIM,” Panda said.

The ADG further informed that a team of the Indian Air Force (IAF) had also interrogated the accused in the past two days while the National Investigation Agency (NIA) is yet to interrogate the arrested persons presently on remand of Odisha Crime Branch.

Asked about the next course of action, Panda said all the social media accounts of the accused will be thoroughly checked and examined. The mobile phones will be sent for cyber forensic examination.

“We will also try to ascertain if the accused received any other benefit through any other means,” he added.

It is suspected that the woman honey-trapped the five former contractual staff of the Defence Research and Development Organisation (DRDO) in Balasore district.

On September 14, the Balasore police had arrested the five former DRDO contractual employees on charges of sharing classified defence information with unknown foreign agents, who were suspected to be from Pakistan.