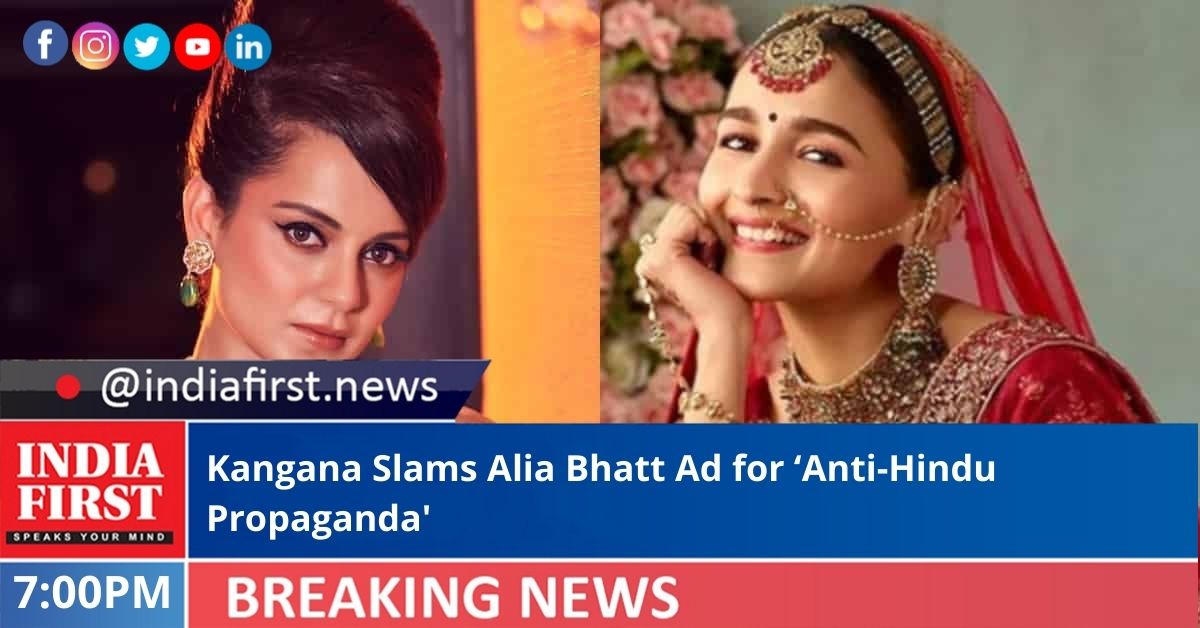 Actress Kangana Ranaut, most recently seen in the Jayalalitha biopic ‘Thalaivii’, took to her Instagram account yesterday to call out actress Alia Bhatt and her commercial for a jewellery brand that questions the tradition of ‘Kanyadaan’.

In the commercial, Alia’s character, a bride, is seen wondering if women were ‘paraya dhan’ (someone else’s wealth) meant to be given away to a man during ‘Kanyadaan’. The bride declares at the commercial’s end: “‘Kanyadaan nahin, kanya maan’ (Don’t give away your daughter as a gift; give her respect).”

Kanagana put up a long post on her Instagram account, highlighting the importance and history of ‘Kanyadaan’ in Hindu culture. She also accused the brand of engaging in “anti-Hindu propaganda” and asked her followers to seek a ban on the advertisement.

In another post, where she explained Hindu marriage traditions, she added in the caption: “Don’t become a pest who loves to abuse and condemn Hinduism just because it is the most tolerant religion.”