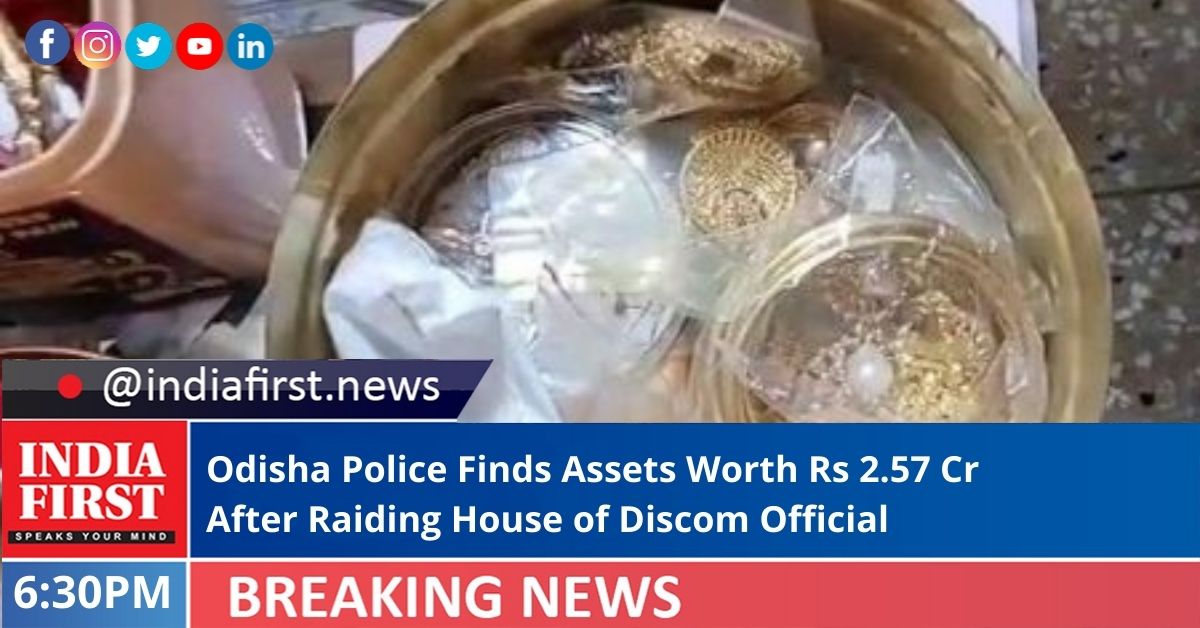 Odisha’s Vigilance Department has said it has found assets worth Rs 2.57 crore during the search of the house of an official of Tata Power Northern Odisha Distribution Ltd (TPNODL).

Five teams of the Balasore Vigilance Division conducted simultaneous raids on the properties of TPNODL’s SDO (Electrical), Maheswar Sethy, at five places in Keonjhar district, the department said in a press statement yesterday.

During the raid, the state anti-corruption wing found Sethy had two double-storeyed buildings in Keonjhar, four plots, three two-wheelers, bank deposits of Rs 24.63 lakh, insurance deposits over Rs 24 lakh, and other movable and immovable properties. The total market values of the assets would be over Rs 2.57 crore, it said.

The TPNODL is a joint venture of Tata Power and the Odisha government with the majority stake being held by the former (51 per cent).