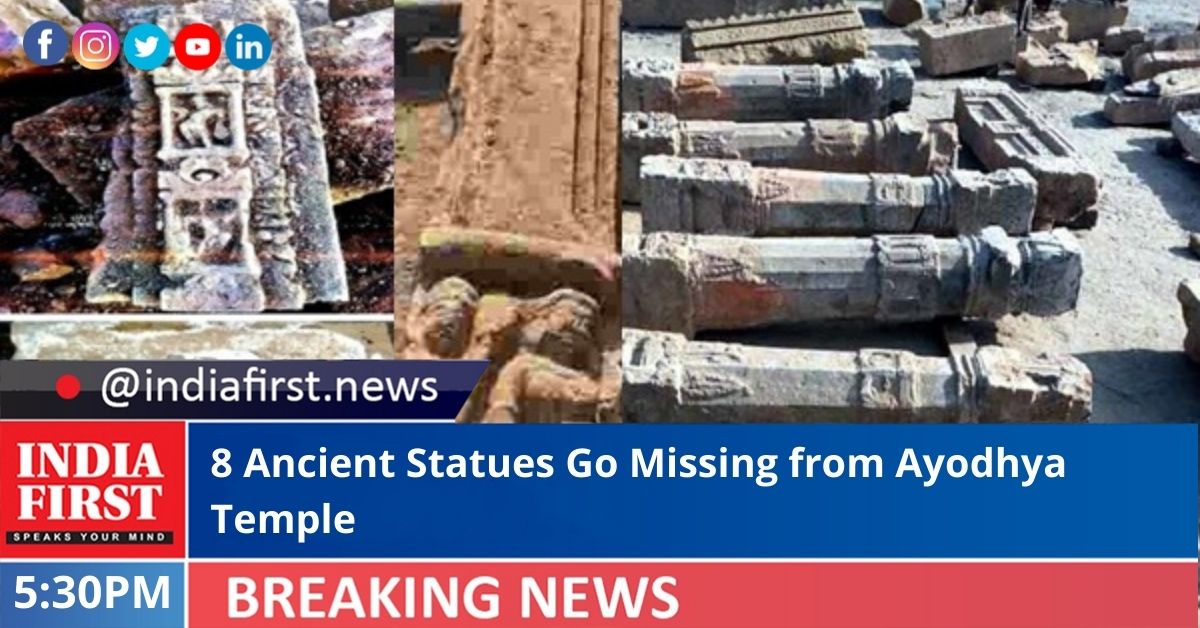 Eight ancient idols were stolen from a century-old temple in Ayodhya.

The statues were found missing yesterday after which a case was lodged at the Haidergarh police circle.

Ayodhya’s Senior Superintendent of Police (SSP) Sailesh Kumar Pandey said, “The idols were stolen from a temple. Initially, it was said that nine idols were missing but one of the idols was later recovered from the temple premises. We have lodged a case of theft and initiated investigation.”

According to police sources, the temple is built on the private property of one Anand Kumar Singh, who is a descendent of a royal family.

The temple is managed by a private trust named Ram Janki Trust. It was built by Singh’s ancestors over a century ago. The temple has several idols in it.

Satyendra Bhushan Tiwari, Circle Officer, said, “The missing idols were made of metal and were three to nine inches tall and were over a century old. We have formed two teams to track the thieves. We are taking help from the dog squad, forensic unit and local intelligence.”

“The temple has no CCTV camera or security guard. A priest takes care of the temple and locks it in the night,” he added.