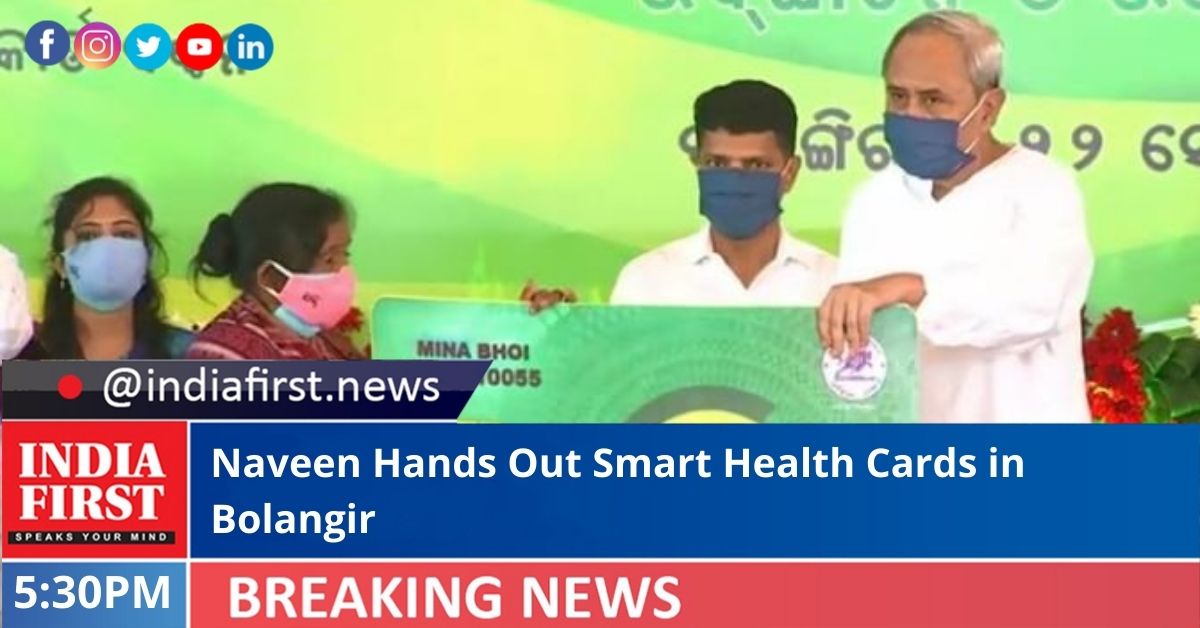 Patnaik visited the Western Odisha district and started distribution of the smart cards at Patnagarh, Titlagarh and Bolangir towns.

He also inaugurated various projects worth Rs 200 crore and laid foundation stones for different projects of Rs 597 crore in the district.

Stating smart health cards is a milestone in the health care delivery system in India, he said the BSKY scheme has been implemented in a new form by distributing the cards to all ration card holders under National Food Security Act (NFSA) and State Food Security Scheme (SFSS).

Now, without showing any document, the beneficiaries can avail free health services by using this card in more than 200 big hospitals across the country including Odisha, Patnaik said.

Each family can avail treatment cost up to Rs 5 lakh per annum. Women members can avail this benefit up to Rs 10 lakh every year, Patnaik further said.

“For me, every life is precious. The State will progress, if everyone remains healthy,” he pointed out.

Patnaik had announced the distribution of smart health cards to the BSKY beneficiaries on the occasion of Independence Day this year.

He has already launched this scheme in Malkangiri and Sundergarh districts in two phases.