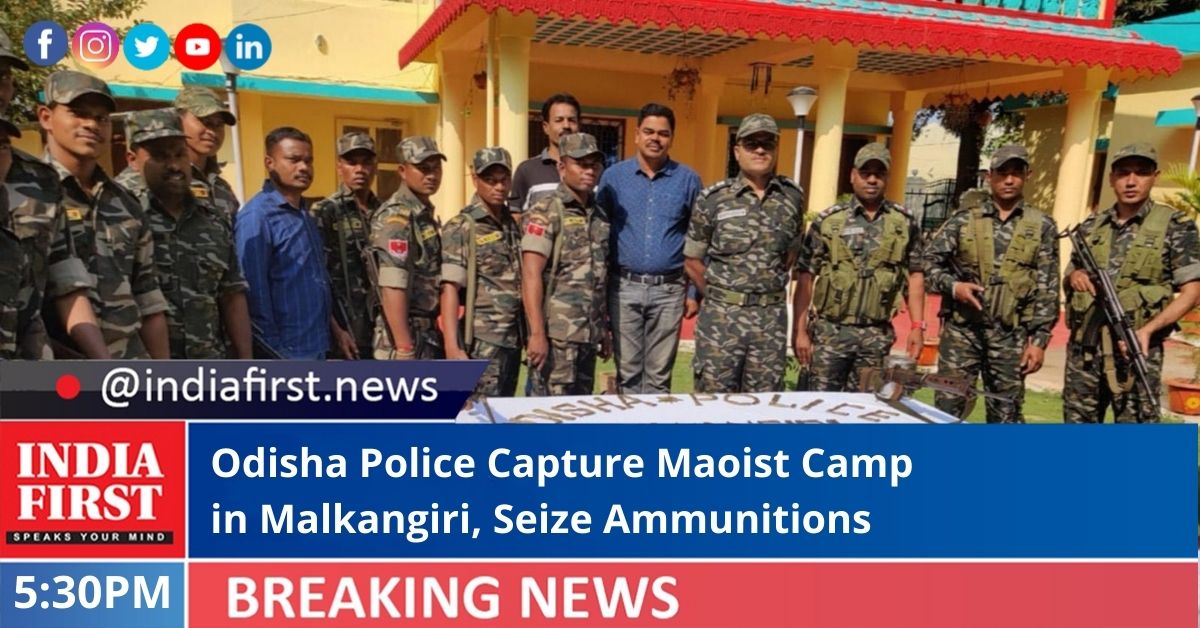 Security personnel have busted a Maoist camp and seized arms, ammunition and other Maoist articles during an operation conducted in Malkangiri district of Odisha, police said today.

“On September 20, we got reliable information about the camping of a Naxal team at hilly areas of Kirmiti village. With this input, a joint operation by the Special Operation Group (SOG) and District Voluntary Force (DVF) of Odisha Police and the Border Security Force (BSF) was launched in the area,” said Malkangiri SP Prahlad Meena.

During the afternoon hours of September 21, an exchange of fire took place near Kirmiti village between security forces & armed cadre of Maoists, he said.

“Following the exchange of fire, when our team was conducting a search operation, a large quantity of Maoist materials were seized,” the SP informed.

Four guns, one SLR empty case, Maoist literature, medicines, umbrellas, uniforms and posters were seized during the operation, he said. Searching and combing operations have been intensified in that area, he added.