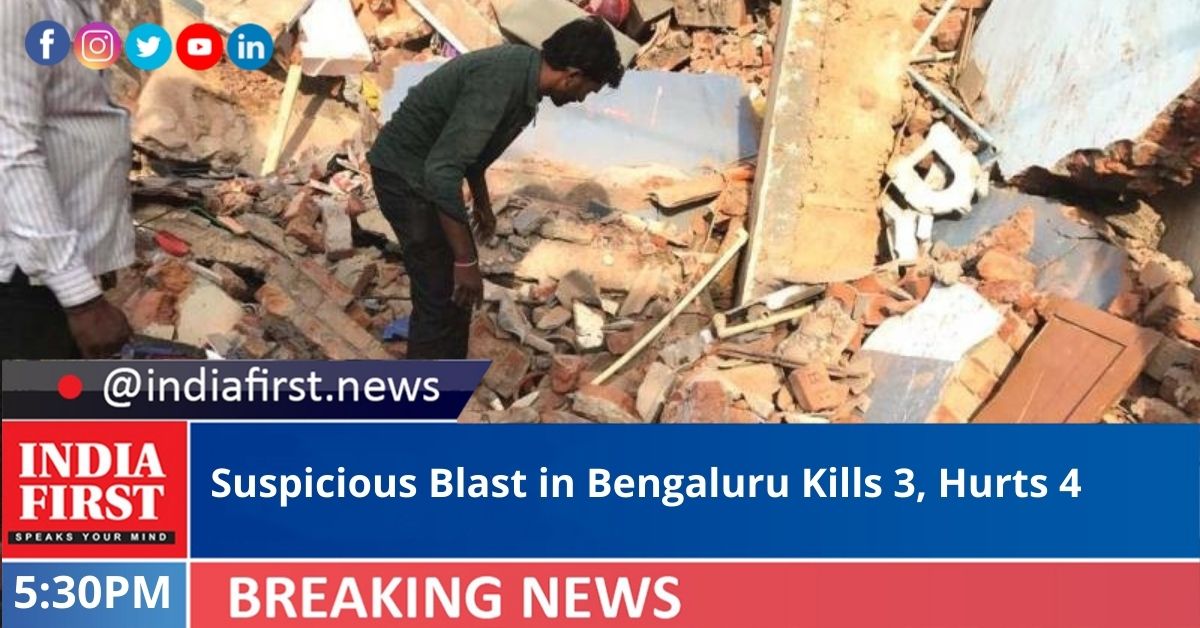 Close on the heels of a fire tragedy in an apartment in which two elderly women were burnt alive yesterday, in another incident three people died and four others were severely injured in a suspected blast today in Bengaluru, Karnataka.

According to police, the incident took place at a godown in New Tharagupet near Royan Circle in Chamarajpet locality in the heart of the city. The bodies of the victims were thrown away from the godown to the roads due to the impact of the blast. As many as 10 two wheelers and a truck were damaged in the explosion.

The deceased are identified as Muralidhar, Aslam and Fayaz, according to police sources.

Harish Pande, DCP (South, Bengaluru) said that the blast is not a result of the LPG cylinder explosion, gas compressor or an electricity short circuit. “The blast seems to have been triggered by an unstable explosive. We have to investigate it,” he said. The explosion took place in a transport godown where crackers are being stored, he added.

The cracker consignment in the godown is intact and the exact cause of explosion needs to be investigated. It is a transport godown and how the crackers are stored, from where they have been brought, will be investigated, he maintained.

Two persons inside the godown and one person outside the godown died on the spot. The impact of the blast was such that the body parts of the victims were strewn across the area.

The eye witnesses explained that it felt like a bomb blast. The tremors were felt in the buildings located 100 meters away. The bikes parked in the vicinity of the blast spot were reduced to pieces and even a mini truck was damaged in the incident.

Further investigation is under way.