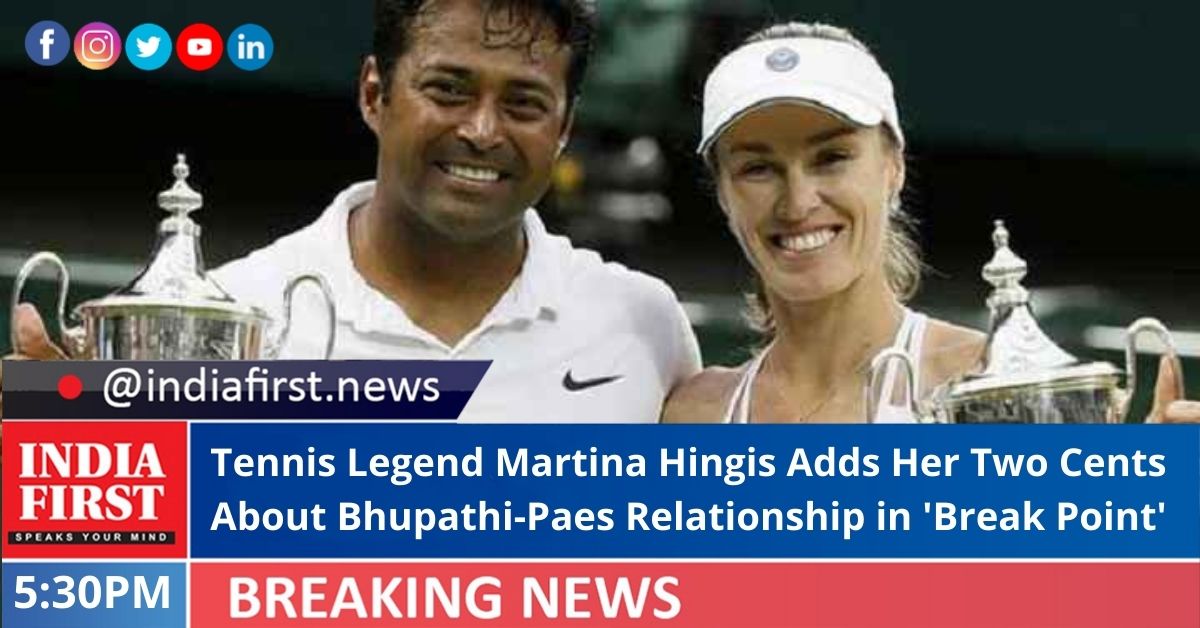 The series also features other tennis players such as Sania Mirza, Rohan Bopanna among others who share their views on Bhupathi and Paes, their relationship which made them win Grand Slams on the court even when they were on the verge of breaking up.

Talking about the time Bhupathi and Paes decided to part ways, Hingis said: “Either you can make it or you don’t, but there is no time to hesitate and once you start doubting your partner, it’s better to split up.”

“What they whiffed through, what they shared…their stories and their success, that’s something that lasts forever,” added Hingis, who has played doubles with Paes and Bhupathi.

Co-directed by Ashwiny Iyer Tiwari and Nitesh Tiwari, ‘Break Point’ is the untold ‘Bromance to Breakup’ story, based on the iconic on-court partnership and off-court lives of Indian tennis stars Bhupathi and Paes, which will premiere on ZEE5 on October 1.

The seven-part series will not only construct the tennis matches featuring the two but also deconstruct their relationship, both on and off the court and their public split.