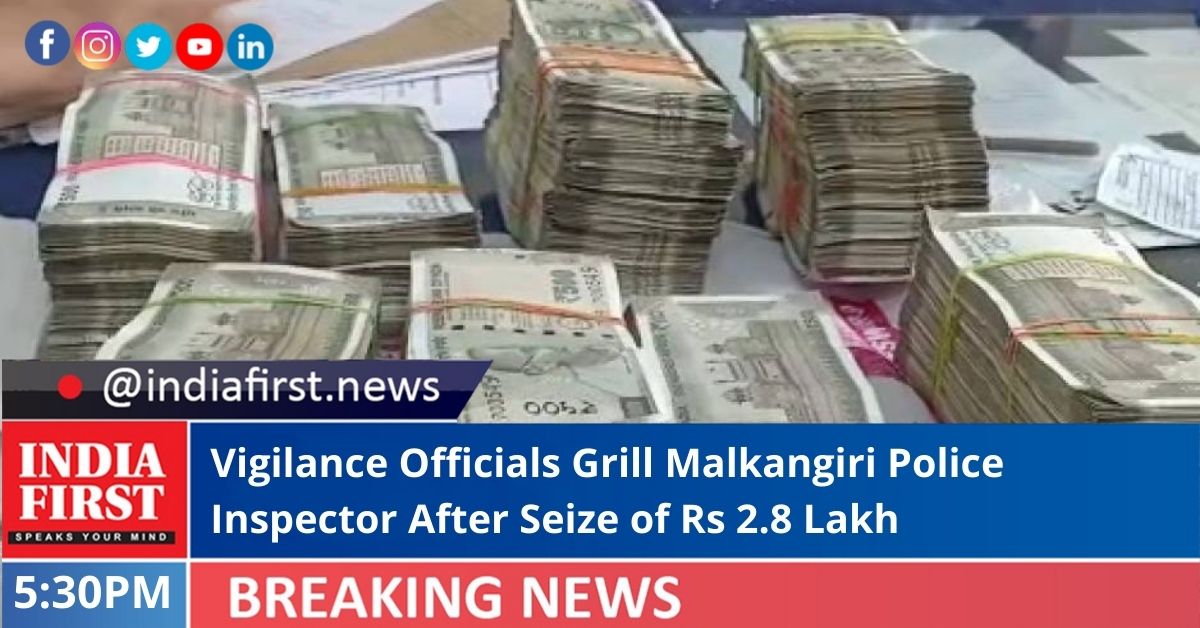 A police inspector in Odisha’s Malkangiri district is being probed by the Vigilance Department after allegedly being found carrying unaccounted cash of Rs 2.8 lakh, a statement said yesterday.

On receipt of reliable information regarding collection of huge cash by Motu police station in charge Susanta Kumar Sahoo as illegal gratification from different sources, a vigilance team kept a close watch over his movement and activities, it said.

In the evening, Sahoo’s vehicle was intercepted near Khurda while he was on the way to Phulnakhara from Motu, and a search led to the discovery of the cash, which he could not account for satisfactorily.

“The cash, as well as other documents, and the car have been seized. Following the interception, Sahoo’s office room and house at native village Nakhara in Khurda district and house of his brother-in-law in Ranihat, Cuttack are being searched,” the statement said, adding further investigations are in progress.