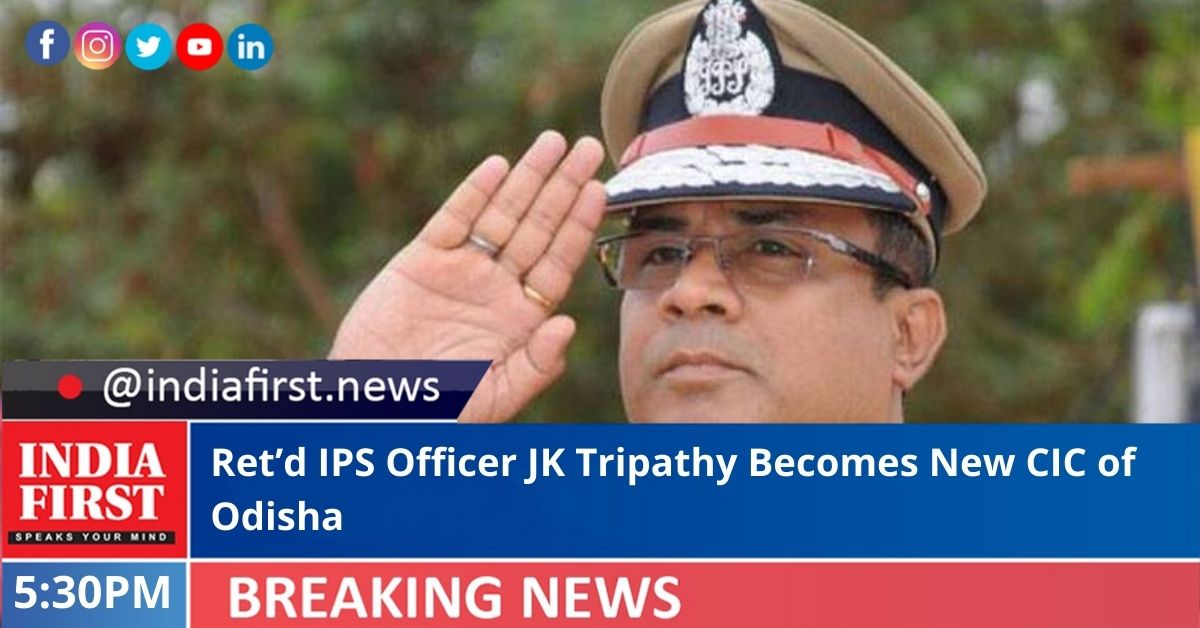 The State Information and Public Relation department issued a notification on the appointment of Tripathy yesterday.

“In pursuance of sub-section (3) of section-15 of the Right to Information Act, 2005 (22 of 2005) and on the recommendation of the Committee constituted for the purpose, the Governor of Odisha is pleased to notify the appointment of JK Tripathy as the State CIC, Odisha Information Commission from the date he assumes charge of office,” read the notification.

The Committee headed by Chief Minister Naveen Patnaik had recommended the name of the former IPS officer for the chief post in the Odisha Information Commission (OIC) during its meeting held last Tuesday, sources said.

As per norms, Tripathy will hold office for a term of five years from the date of joining or attaining the age of 65 years, whichever is earlier.

A native of Odisha, Tripathy has served the Tamil Nadu police in various capacities including DGP and Chennai police commissioner over three decades.

At present, the state information panel is run by four information commissioners. The post of CIC was lying vacant since August 15, 2021, after the completion of the tenure of Sunil Mishra.